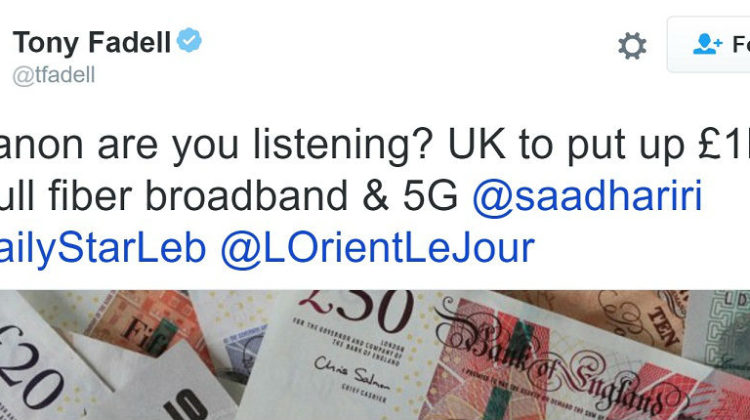 Nest Labs Founder Tony Fadell, who was a speaker at the most recent BDL Accelerate, tweeted yesterday about UK’s £1BN plan to deploy full fiber broadband & 5G and mentioned PM Saad Hariri. Hariri did respond that improving Lebanon’s internet is on top of the future government’s agenda, and ex-Telecom Minister Sehnaoui praised the future PM for this positive approach and for bringing back Fiber Optics on the table.

I really want to believe that internet will improve in Lebanon and that we will finally be getting fiber optics but I don’t think it’s gonna happen anytime soon especially after what happened this year. Back in July 2015, I truly thought that MOT’s 2020 strategy is on track, especially after Ogero’s green light, but the illegal internet case turned things upside down and they somehow found a way to make DSL even slower now!

Two days ago on our Independence Day, we had an internet outage (that is still ongoing in certain areas in Lebanon) without any explanation or justification. Even fiber optics in Solidere were down and Ogero is no where to be seen. In fact, the latest news on their website dates back from May 2016.

The real problem is that none of the officials seems to understand that overcharging internet consumers on slow speeds and miserable plans to make short-term gains is costing them millions of dollars and creating a technological gap with the rest of the world and Gulf countries. If it wasn’t for our mobile internet, we would have been ages behind.

This being said, and since our officials are “listening”, here’s what we expect from our new PM and the new Telecom Minister:

– A 1-year plan to deploy fiber optics and connect all of Lebanon. We’ve had enough of these 2020 and 2040 projections. The fiber optic infrastructure is already there and most if not all internet stations in Lebanon are interconnected by fiber optics.

– Enhancing the 4G/LTE network to cover all of Lebanon and moving to 5G the soonest. This part of the MOT 2020 plan is already on track so let’s push it to get 5G by next year and achieve proper speeds.

– Equipping all schools, universities and educational centers with free, abundant and fast internet.

– Reduce internet prices significantly and offer better plans while maintaining the quality of the service.

– Get rid of Ogero or restructure the state-run telecom company and set up a clear and transparent plan of action. Set up a proper hotline and have competent and professional teams ready to help customers and fix internet issues. My experience with Ogero so far has been a lousy one and I am sure a lot of people can relate.

– End the Telecom monopoly (duopoly in our case) in Lebanon.

These are very basic demands and easily achievable ones. Improving Lebanon’s internet infrastructure is the last hope for Lebanon to catch the world and boost the economy. It should not only be on top of the future government’s agenda, it should be a pre-requirement to any future government. 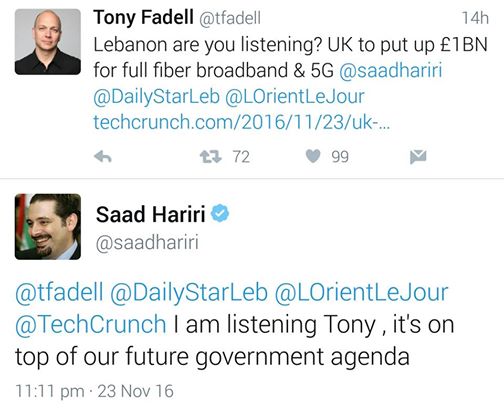