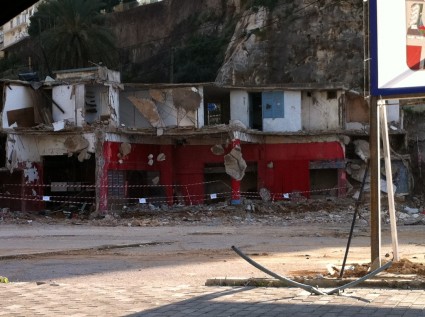 It seems to be that most municipalities in Lebanon have an innate desire to screw up whatever is left of their cities. Jounieh is no exception to that despite trying to cover up its garbage with nice and shiny monuments and places.

We’ve been hearing about this amazing maritime sidewalk in Jounieh (Near ATCL) since ever and until now all we got were some repairs done on the already existing one. Now they’re planning to replace the very unhealthy and unsafe playground they have done for kids with a small garden or park or whatever is showing on the picture below. 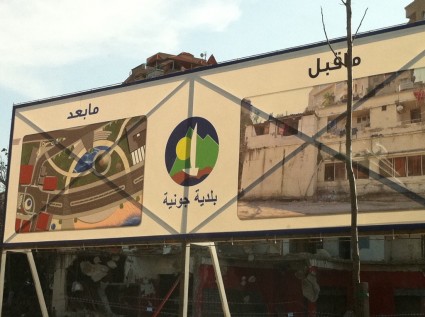 This may seem as a good plan if one disregards everything around the place, but let’s explore what surrounds this “soon 3al lebnene” to be accomplished project:

Kind of reminds me of Maya Zankoul’s post on how buildings are portrayed and how they truly are. [Link]

Let us not talk about the roads there because they are no better than Jal el Dib municipality in terms of incompetence. [Link]