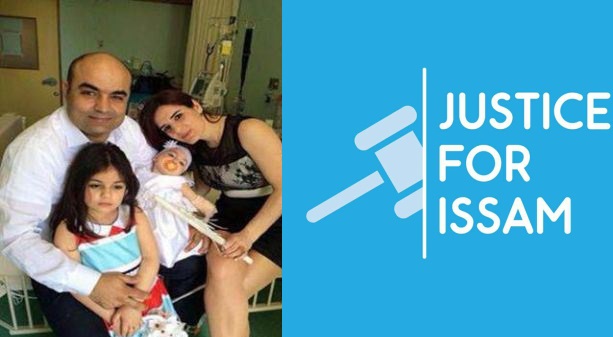 I’ve been closely following on Ella’s story and I’ve refrained from posting anything about it so far because I’m not qualified to do so and I don’t agree on the way this story was handled from the start. The doctor should not have been arrested that way and the media should not have exploited what this girl had to go through the way they did. More importantly, the Lebanese syndicate of doctors should not have issued a work stoppage order to its 12,000 members to protest against Maalouf’s arrest.

The order of physicians has every right to protest until Maalouf was released but why close down hospitals? Who closes down hospitals and stops receiving patients except for emergencies? Who will determine what’s urgent and what’s not and how is this going to help Maalouf or Baby Ella? Moreover, who will be held responsible for patients who are left untreated and die during this strike? I have a friend who got admitted to the ER a week ago and was supposed to do further tests and an MRI today but it got postponed until further notice. He may not be in a critical condition but that’s not an excuse to cancel appointments and leave patients anxiously waiting.

Since the matter is between Lebanon’s state prosecutor, the Health Minister, the media and the syndicate of doctors, they should treat this matter legally and sort things out without having to call for a strike. Last but not least, medical malpractice is a serious and growing problem in Lebanon and I’ve had (and heard about) plenty of bad experiences with doctors which I chose to ignore because it wasn’t an urgent matter and I had no clue how to report them. This being said, the syndicate and the health ministry should sit down and figure out a way to tackle these matters in a more professional way and avoid what’s happening right now.

Gino wrote about this earlier today and I agree with most of what he had to say, check out his post [here].