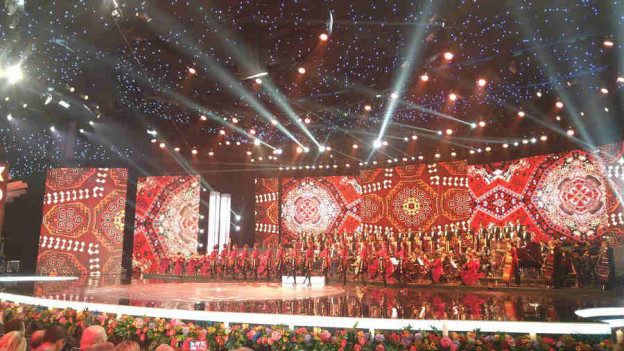 I’m sure you’ve all noticed how the Forum de Beyrouth was beautifully lit up and transformed in the past few weeks to accommodate KOHAR’s performances. KOHAR originally started as an independent musical and cultural institution by Lebanese-Armenian, Harout Khatchadourian, also known as The Armenian culture patron, and grew to become “an important cornerstone in the unique musical rendition of Armenian alphabet and culture”. KOHAR is famous for its recordings of All Time Armenian Favorites and for their visually and acoustically appealing concerts. 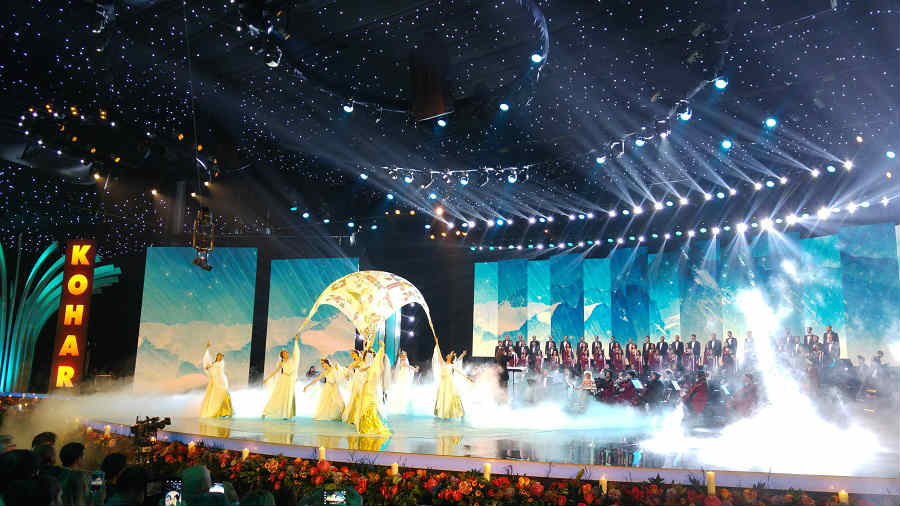 I’m not very familiar with Armenian culture to be honest (except for the food part), and I wasn’t really sure that I would enjoy listening to Armenian songs for 2 hours especially that I don’t understand the language, but a friend of mine got me tickets and insisted that I should attend and that I would love the show and she was absolutely right!

To begin with, I don’t remember the last time I attended an event as organized as this one. I left home early expecting traffic before the Forum De Beyrouth but there were none and we easily went in and parked. Everyone was seated on time, doors were closed at 8:30 as stated on the tickets and the show kicked off right on time. Moreover, the 15-min intermission didn’t last an hour like most concerts in Lebanon and people went back to their seats on time. 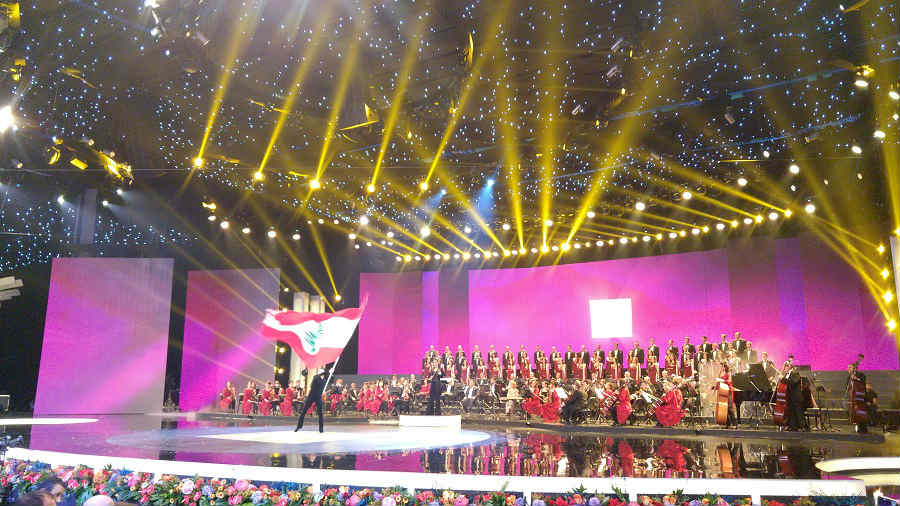 Moving on to the concert, the setup was magical, the performances were outstanding, songs were presented with an amazing choreography and visual effects (3D Projections) and there was a great attention to details! Throughout two hours, 165 musicians, 16 solo performers and 15 dancers entertained an enchanted crowd and kept us asking for more. The whole experience was truly one of a kind and is highly recommended for any music lover and you definitely don’t need to understand Armenian to enjoy the show.

The only part where I felt a bit weird was when we were all handed flags of The Armenian Kingdom of Cilicia and everyone stood and started singing and waving. I obviously couldn’t relate to the song or that part of Armenia’s history, but I did stand up and waved as well 🙂 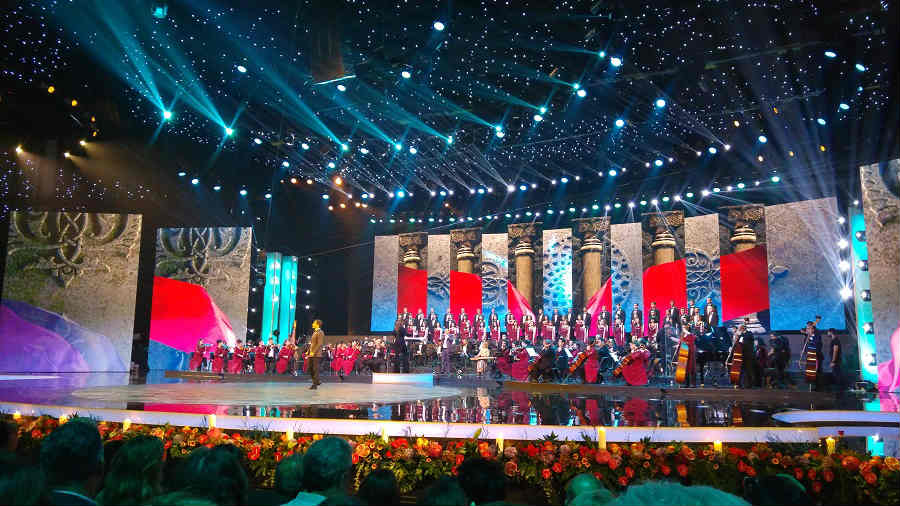 All in all, the story behind KOHAR is beautiful and inspiring and the concerts perfectly reflect the devotion and passion of the people behind it. The performances are over this year but I will make sure to spread the word and encourage everyone to go watch KOHAR next year.

KOHAR was founded in 1997 as an independent musical and cultural institution by the Armenian culture patron, Harout Khatchadourian of Lebanon, who along with his brothers, Shahe and Nar Khatchadourian, entirely sustain the activities of KOHAR and all its concerts in tribute to their parents; in memory of their late father Aram and in Honor of their mother KOHAR.

Here are few pictures and a couple of short videos from the show: 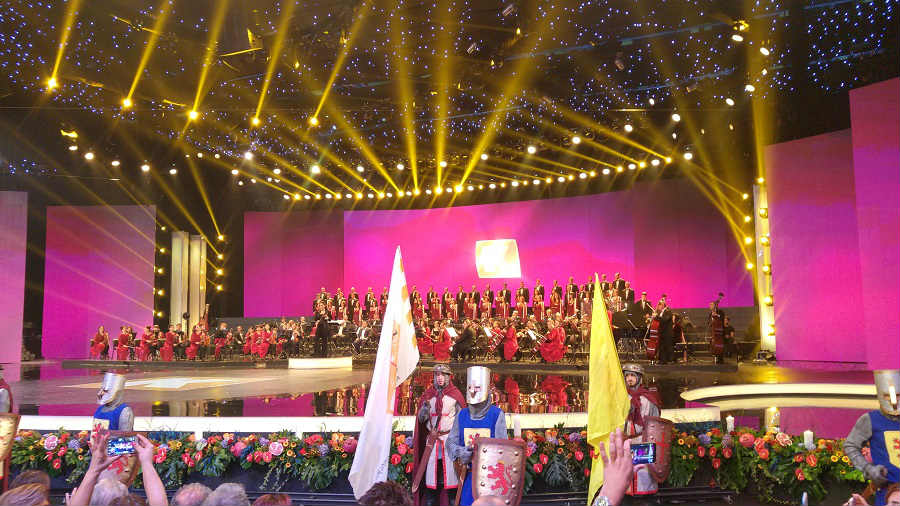 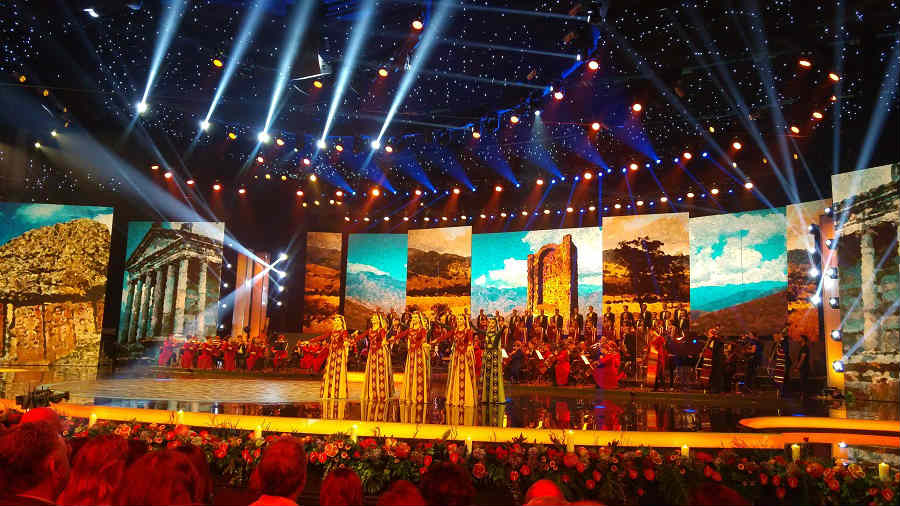 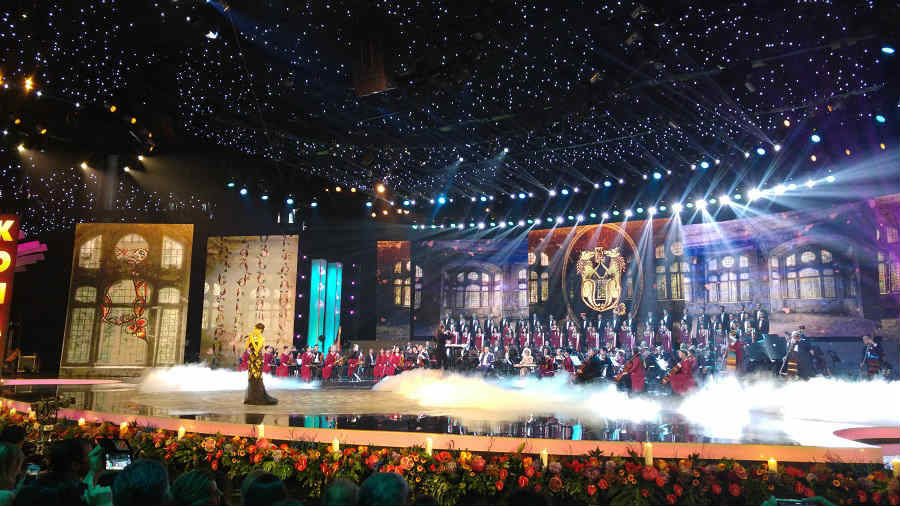