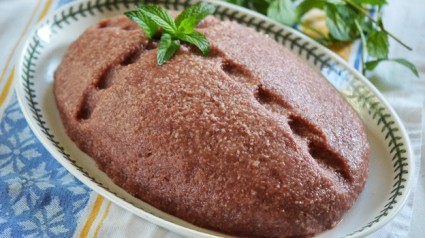 I try to avoid it but it’s really good specially with a glass of Arak!

Growing up, I never knew I was eating raw meat. Or maybe it was just that I didn’t think “raw” was something worth noting. I simply knew that kibbeh nayeh was incredibly good.

And so I was stunned by a recent spate of salmonella cases here in Michigan – home to America’s largest Middle Eastern population — linked to kibbeh nayeh served in a restaurant. That’s inexcusable to anyone who knows the rules about making raw kibbeh, a quintessential Lebanese dish.

Kibbeh nayeh is made of minced raw lamb or beef, combined with bulgur, pureed onion and a mix of spices that partly depends on the cook. (My family’s spice mix: cinnamon, salt, pepper). All of the ingredients are kneaded together with a sprinkling of ice water, and then eaten — with olive oil, a scattering of chopped sweet onion, bundled in flatbread — immediately. Raw. [Link]