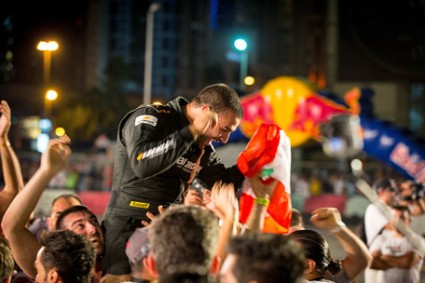 Here are two videos, one showing Jad Himo’s winning run in Dubai and the other showing his winning run in Lebanon. Let’s hope the regional finals go back to Beirut next year.