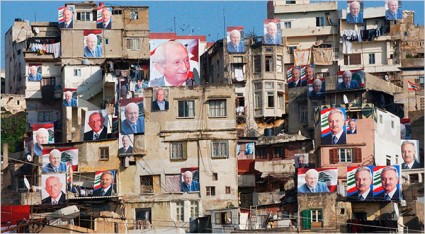 Lebanese expats were denied the chance to participate in the 2009 parliamentary elections and it looks like they are going to be excluded as well from the 2013 elections, especially that our dear Foreign Minister is treating this issue as if it’s some sort of joke. In fact, according to the report he submitted to the government 3 days ago, only some 3,009 expats had registered to vote at Lebanese embassies and missions to take part in the 2013 elections while Assafir’s earlier study revealed that there are almost 1 million Lebanese expats eligible for voting.

I managed to get from a source the distribution of those 3009 and they clearly show how unprofessional and lousy this report is. Here is the list of cities and number of registered voters as provided by the foreign ministry:

Maybe it’s better if Adnan Mansour resigns and let someone handle the expats file and other files in a decent and professional manner. In fact, I think the expats voting should not be handled by a minister but by an independent committee at one distance from all parties and capable of handling such a large task.