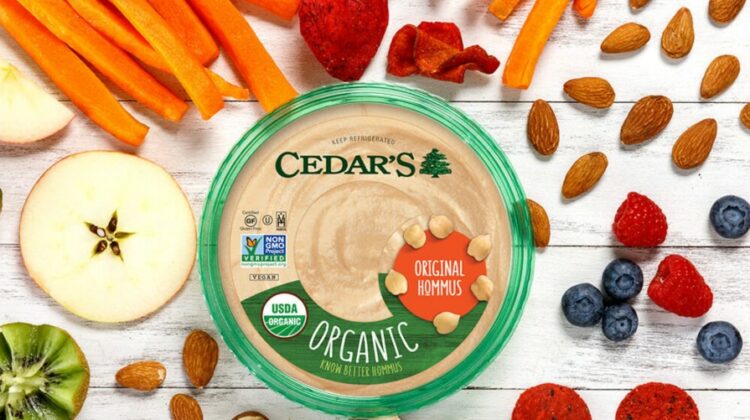 Last week, pictures of so-called “Israeli & Turkish” products using Lebanese names were circulating online, prompting the economy ministry to issue a statement without really digging deeper into the matter. One of them is Al Arz Tahini, which is a small family business based in Nazareth, while the two others “Beirut Tahini Sesame Paste” and “Cedar’s Hummus” are clearly Lebanese from what I’ve seen. In fact, Beirut Tahini Sesame Paste shows that it’s imported from Lebanon and available for sale at Baroody Imports, a website that sells mostly Lebanese stuff.

As for Cedar’s Hummus, the Massachusetts based company [Cedar’s] that makes it was founded by two Beirut Natives, Abe Hanna and his wife, Layla, and is currently being managed by their son Charlie Hanna. It has been in the market for over 34 years and is considered a leading brand, private label, and co-manufacturer in the Mediterranean food sector.

Here’s a small excerpt of the company that I found online:

“As a Lebanese family, hummus (or hommus, the traditional spelling used for the Cedar’s brand product) was a staple in the Hanna family diet. In 1981, Cedar’s founder Abe Hanna’s passion for Mediterranean foods became a business. With his wife Layla making hummus in their kitchen, he began delivering the ethnic specialty under the Cedar’s label to local supermarkets in the Merrimack Valley. An early customer was Demoulas/Market Basket. The Cedar’s product line quickly expanded to include complementing products such as taboule. Soon Cedar’s DSD (direct store delivery routes) was serving independent stores and small chains throughout New England.
“By the early 1990s, Cedar’s was the number one branded hummus in the New England area before it became a national brand,” says Gaudette. “Today, the hummus category includes labels fielded by the biggest food companies in the world including Pepsi (Sabra) and Nestle (Tribe). Pepsi’s Sabra is the market leader.” Cedar’s, however, is the acknowledged hummus national brand leader in the Natural Grocery category. From coast to coast Cedar’s DSD network sells its full line of Mediterranean products to Whole Foods and the fast growing natural chain, Sprouts. In addition to wide distribution of Cedar’s products in major regional grocery chains across the U.S., Cedar’s products are now stocked in several hundred Kroger stores. Kroger is the largest conventional grocer in the U.S.”

We’re hurting Lebanese businesses by spreading false information, and even worse, we’re harming businesses that export goods from Lebanon to the US and elsewhere.