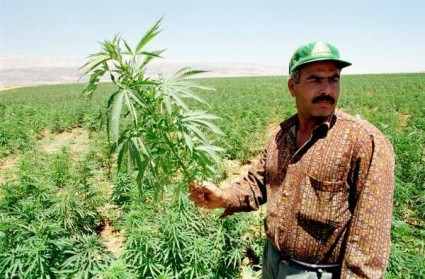 A Lebanese man, who was arrested in Dubai for possession of drugs, told the authorities he was unaware of the hashish ban as it’s allowed in his country, Lebanon. “Lebanese expatriates who were told about such claims described the defendant as a liar on the grounds all types of narcotics are strictly banned in Lebanon” [Link].

Hashish is indeed banned in Lebanon but there are still many villages in the Beqaa cultivating it and selling it, despite several attempts from the local authorities to destroy the fields. In fact, the last attempt was a complete failure as local tribes fired at the police and the army and forced them to pull out.