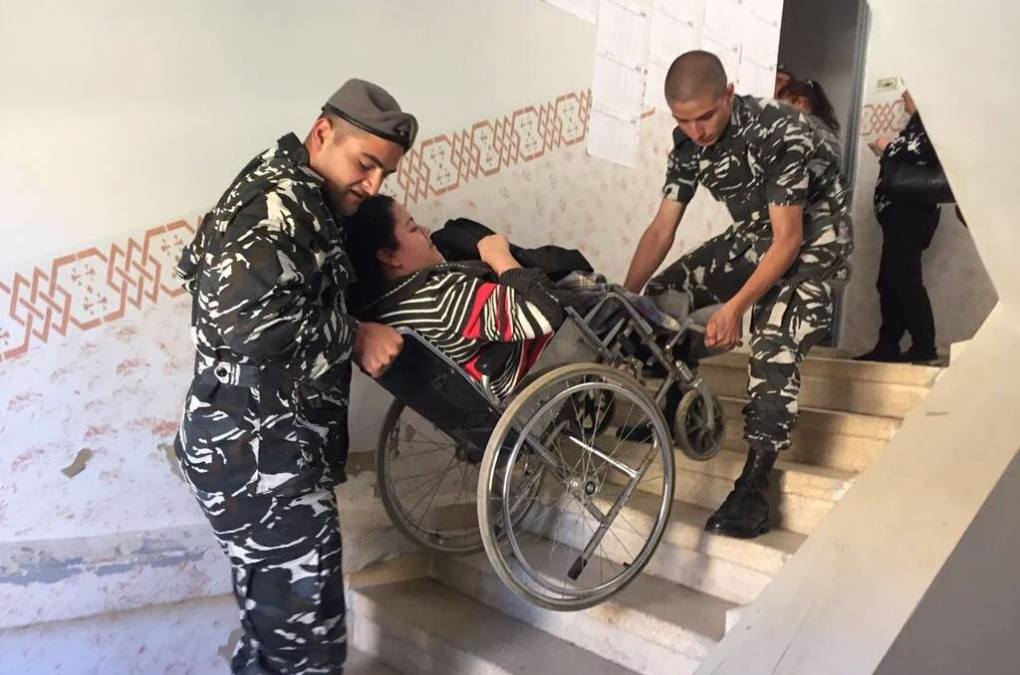 The ISF tweeted earlier today pictures showing officers carrying a woman in a wheelchair up the stairs in order to vote. It’s nice of them but elections sites, some if not all of them, should be wheelchair/walker accessible. All polling stations should be accessible for elderly individuals and people with disabilities as per the 220/2000 law, the 2007 Boutros Commission’s Draft Law25, the 25/2008 Electoral Law26, Enforcement Decree 2214/2009 and the 2010 draft law of Former Interior Minister Ziad Baroud.

Voting is one of our nation’s most fundamental rights and alternative means of voting should be provided in case no accessible location is available to serve as a polling place.

Unfortunately not all security forces were as friendly as those portrayed in the above picture.

Nadine from NewsRoomNomad wrote more on this matter.