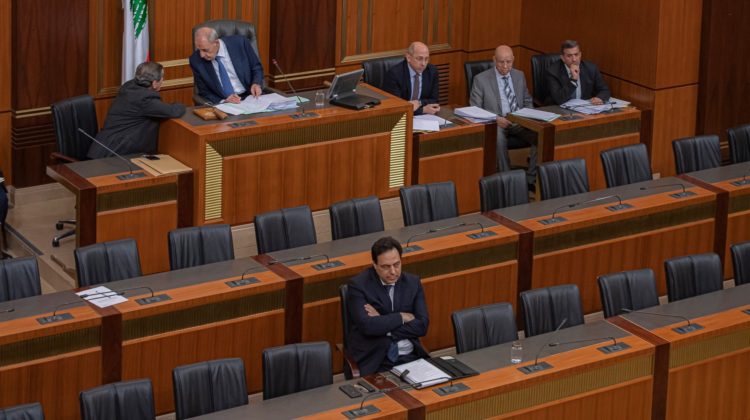 Well Our MPs sneaked into parliament after blockading every possible road leading to it and approved the budget in a record time, noting that the newly appointed PM and cabinet have not yet won parliament’s vote of confidence. In total, 49 MPs voted in favor while 13 voted against and 8 abstained.

Should we pass a budget?

Of course we should but that’s not the right way or right time to do it. We’ve had 4 months of unrest, we’re in the middle of an economic crisis, there are two “official” rates for the Lebanese Lira and there are big question marks on this new cabinet which hasn’t gained the parliament’s confidence yet. Some went as far as question the legality of this session but our lawmakers are experts in turning every unconstitutional decision into a legit one.

Is this new budget any good?

This budget was a joke when Hariri proposed and it’s a bigger joke today. They’re basically delaying payments to make the balance look good and try attract some foreign funds, noting that the deficit of 0.6 percent that was promised by Hariri for 2020 is no longer feasible. It’s at 6% now.

It’s a budget limited to numbers, questionable numbers and lacks an economic vision to get us out of this mess. Quoting MP Salim Saadeh, who bashed almost everyone during his intervention, “We are like someone drowning in mud but at the same time standing in front of a mirror and brushing his teeth”.

Two major challenges await the new government: the electricity subsidy and the cost of servicing debt, including the $1.2 billion Eurobond payment on March 9. The state needs money and no one’s willing to help, which is why they’re eyeing bank deposits and especially the ones in dollars. Some papers are already talking about Lirasation, whereas all deposits are “Lirasised” and the LBP stabilizes at its current rate of 2000LBP/$, which would result in roughly a $50 billion gain for the banks.

This policy is already in a way being implemented whereas banks are paying interests in LBP only or half $ half LBP, and strict capital controls are ensuring US deposits stay in the banks.

What’s gonna happen next? I don’t think this government or parliament have a plan, it doesn’t look like it so far, which is bad, very bad.