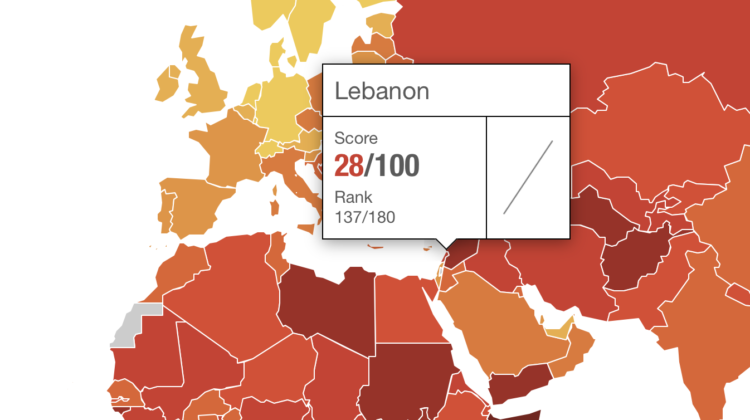 “Nearly one in two people in Lebanon is offered bribes in exchange for their votes, while more than one in four receive threats if they don’t vote a certain way”. [Full Report]

I think this quote pretty much says it all. We don’t have free elections, we have rigged elections controlled by war lords and corrupt parties, and until we have an independent judiciary committee and capable electoral committees to oversee elections, the same people will get voted again because many are “forced” to vote for them.

The revolution broke the fear factor but not for all Lebanese unfortunately. Baby steps but change will be tough if we let the rotten parties crush the revolution, and they’re working very hard to do since 100 days and more than ever now.

Lebanon ranked 137th out of 180 worldwide, and 9th regionally (out of 14). The least corrupt country in the Middle East is the United Arab Emirates, which ranked 21st least corrupt in the world, followed by Qatar.

Here are the rankings of Arab countries: