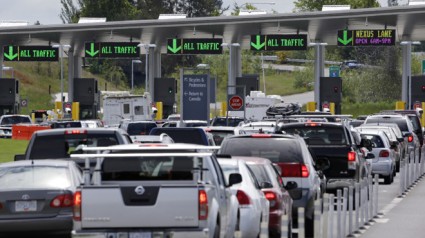 US Borders – Picture from FoxNews

“A pat down found “a bulky mass” in her bra that led to the pair’s hidden cash”. Haha!

U.S. border agents say they caught a Canadian woman and her teenage daughter trying to cross the border with $59,000 hidden in their bras. The complaint says border agents detained Moura El-Asmar and her 16-year-old daughter at the Detroit-Windsor Tunnel on their way to Detroit Metropolitan Airport for a flight to visit relatives in Lebanon.

See Also:666 Signs You Are Attending A Devil-Worshiping Party In Lebanon
Posted By Najib
Categories HUMOR,INFORMATION,LEBANON