Someone crunched the numbers from Forbes’ 2015 billionaire list and came up with a a list of the most billionaire-dense countries. Lebanon made the list with 7 billionaires for a population of 4,104,000, which equals one billionaire per 586,286 Lebanese. The Mikati (Najib & Taha) and Hariri (Saad, Ayman, Bahaa, Fahad) families are basically Lebanon’s billionaires in addition to Robert Mouawad. It is worth noting that the Hariri and Mikati families are originally from Saida and Tripoli, two of the poorest areas in Lebanon.

The only other Arab country that made the list is Kuwait with 5 billionaires. I expected to see the UAE on the list but they only have 4 billionaires according to Forbes. 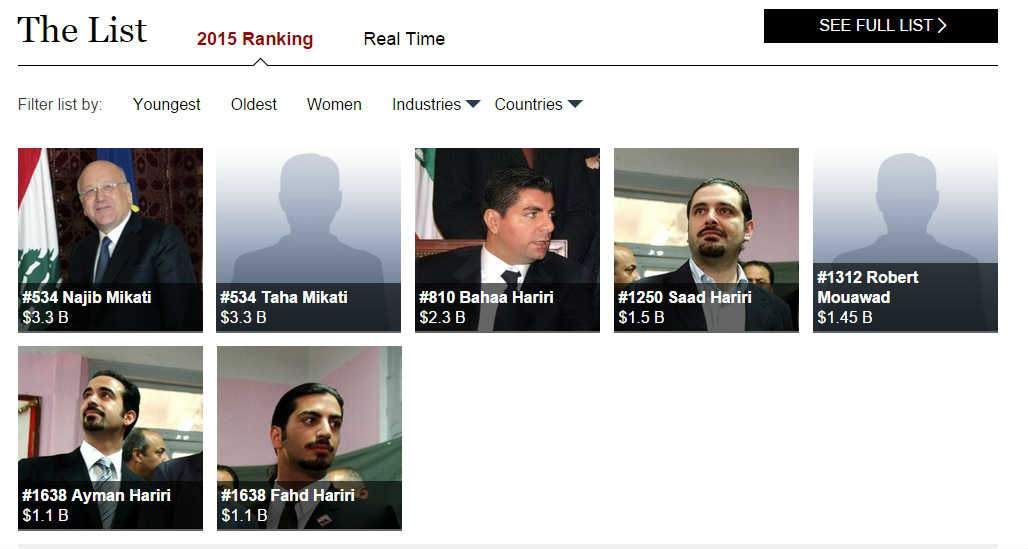