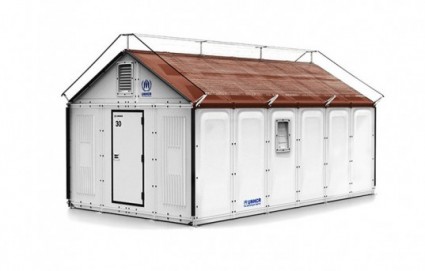 Instead of approving these shelters months ago and preventing a disastrous situation for the refugees during the winter season, the Lebanese Government decided to wait until now to say yes. Someone should re-assure the Lebanese authorities that Syrians refugees hate it in Lebanon just like Palestinians do. Moreover, building decent camps to let them settle temporarily is a much better plan than letting them integrate into local communities then treat them in a racist manner.

Earlier this year, Scandinavian flat pack furniture masters IKEA unveiled an easily deployable solar-powered shelter that can provide sturdy, safe housing in an emergency. Designed in collaboration with the United Nations High Commission for Refugees, the shelters are ideal for situations such as the ongoing mass displacement of individuals fleeing from the war in Syria. However, as many Syrian refugees enter Lebanon, the Lebanese government has been hesitant to approve the use of the IKEA shelters for fear that they might prove too permanent. Now, after six months of negotiations, the IKEA housing will finally be available to Syrians in Lebanon, but they may not be ready in time to protect many from the harsh winter. [Link] 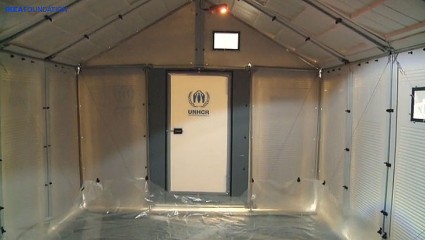 The IKEA Refugee Housing Units are 188 square feet and can safely house up to five people. While that may sound on the small side, it is twice the size of the current standard tents provided to refugees. Additionally, solar paneled roofing provides a safe source of light, removing the need for hazardous kerosene lamps. Reflective paneling on the shelter’s exterior provides insulation to keep the interior cool during the day and warmer at night. The shelters can be constructed in just four hours, and while the tents currently distributed by the UNHCR typically start to disintegrate within six months, IKEA’s shelters can last for up to three years. [Link]