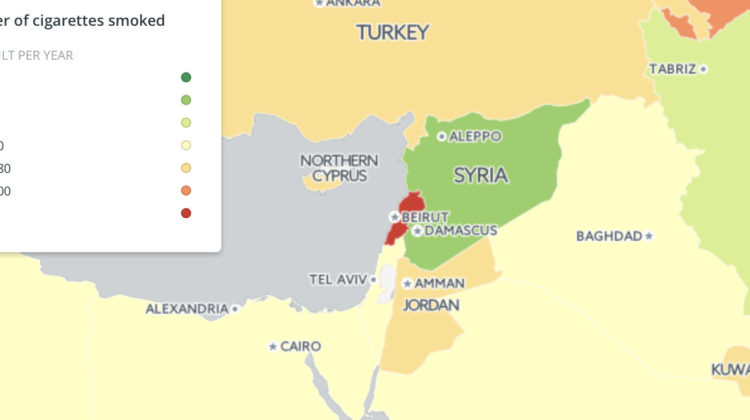 I tried looking for a WHO report on cigarette consumption per country but I could not find any. I did find other websites sharing a similar map with similar numbers and linking it to a 2014 World Cancer Report 2014 by WHO so that’s probably it (but it’s not available to download for free).

Whether it’s an outdated report or not, the numbers are alarming and my guess is that they didn’t include Arguile in the report.