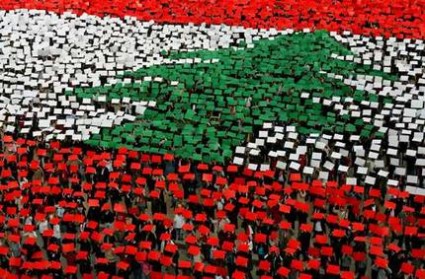 A giant Lebanese flag, said to be the largest in the world, will be unfurled in Beirut next month, Lebanonâ€™s ambassador to Kuwait has said.

The flag was produced by a school in Kuwait and sponsored by the Lebanese embassy in Kuwait.

To give you an idea on how tall this flag is, it is exactly as tall as the Tour Eiffel in France.