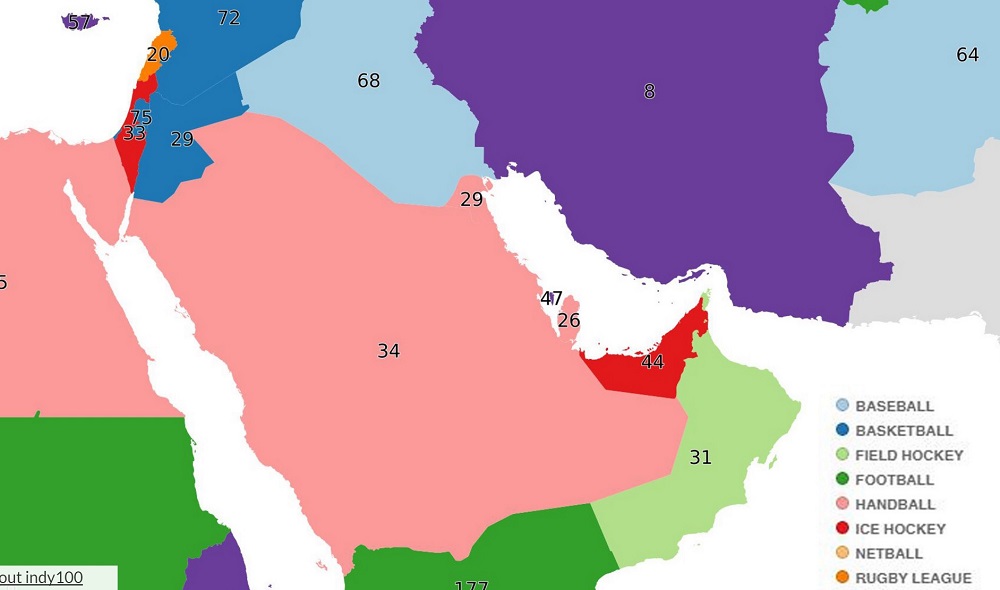 The Independent surveyed the world rankings of the most popular team sports and came up with a map that shows which sport each country is best at. The team sports featured were football, rugby Union, test cricket, volleyball, baseball, basketball, ice hockey, field hockey, handball, netball, and rugby league.

Lebanon’s best sport was Rugby League as our ranking is 20th worldwide. Most people would think we’d be better ranked in Basketball but we are only 43rd while our Football ranking keeps getting worse and worse (149th).

The reason why Lebanon is so highly ranked in Rugby League is because we have experienced and talented Australian-Lebanese players on our National Team. In fact, our National Team managed to qualify for the second time to the 2017 Rugby League World Cup after defeating South Africa twice in a row.

If we look at other countries in the Middle East, Syria’s best sport is Basketball as well as Jordan and Turkey. Iraq’s best team sport is baseball, while it’s handball for Saudi Arabia, Kuwait and Qatar, and ice hockey for the UAE (huh?). Oman’s best sport is field hockey.

You can check out the full maps [here].