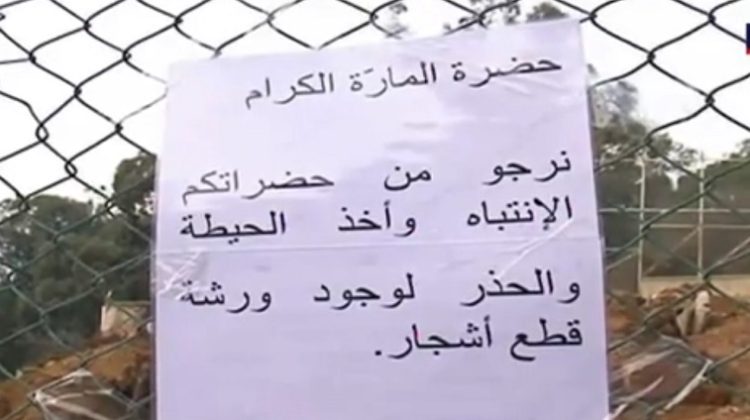 A group of students from l’Institut moderne du Liban (Collège Père Michel Khalifé) in Fanar were assaulted by the workers while protesting against cutting of old trees next to their school. Workers threw rocks at them and insulted them and their school.

Police intervened and arrested the workers in question but the Construction foreman showed the cops the permission he received from the Environment Ministry to take down these trees, noting that some of these were 200 years old according to the school principal.