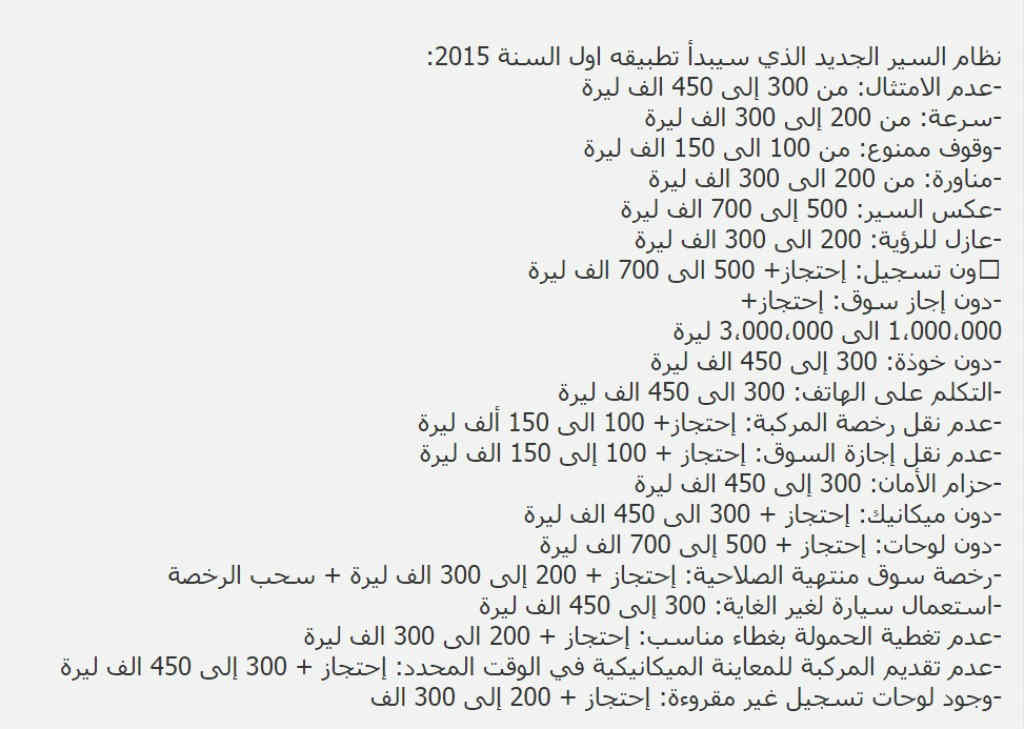 We’ve been hearing about a new traffic and driving law for quite some time in Lebanon, and it looks like the authorities will start implementing it as of next year. The new law is designed to reduce Lebanon’s high rate of traffic accidents and will include the points system for drivers, the establishment of traffic schools, a national council for traffic safety and a special traffic unit of the Internal Security Forces. Every driver will start with 12 points which will be deducted based on the severity of the violation. YASA and Roads for Life were among the many organizations who pushed for issuing this new law.

Personally speaking, Lebanon needed a new traffic law and I am glad we have a new decent one but the problem remains the same: Who will implement it?

People have been sharing the new fines to be implemented (see above) and I think that’s the wrong way to start. The aim should be to raise awareness among Lebanese drivers not collect more fines from them, and this strategy has already failed when Ziad Baroud tried to implement it. More importantly, establishing a decent and non-corrupt special traffic unit in EVERY area in Lebanon is a must before implementing any traffic law. If the cops don’t respect the law no one will. Maybe a good way to avoid bribery and corruption would be to issue the fines electronically.

In all cases, I didn’t hear any official statement yet from the ISF or the Ministry of Interior so let’s wait and see what’s gonna happen.