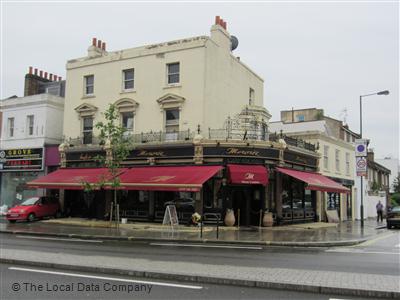 It seems the boycott that Restaurant owners have asked for last week is not just for Lebanon, or at least that’s how Mezaziq Lebanese managers understood it.

MANAGERS of a Lebanese restaurant who persistently allowed customers to smoke shisha have been evicted from the premises.

In spite of warnings from the police and environmental health officers, Mezaziq, in Brackenbury Road, Hammersmith, let its customers flout the smoking ban and use shisha pipes in the basements.

Following pressure from the council and the police, the landlords evicted their tenants and the restaurant closed.

Hammersmith and Fulham Council leader for transport and technical services, Councillor Victoria Brocklebank-Fowler, said: “Mezaziq has been evicted by the owner of the building following considerable pressure from the council. “This illegal shisha café has consistently flouted the law by allowing shisha to be smoked inside the premises and residents have also complained about noise and antisocial behaviour. [Full Story]