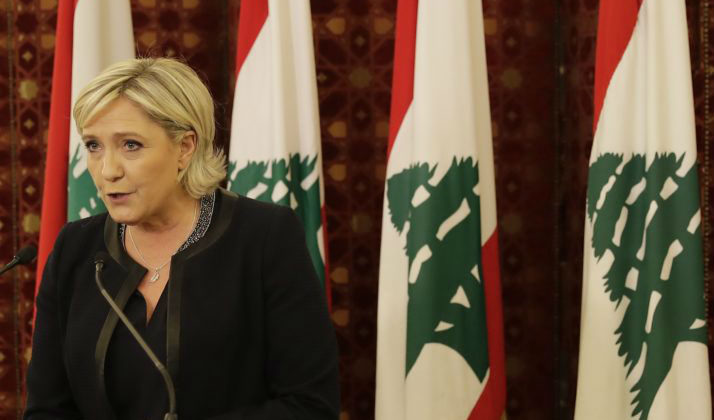 I wasn’t really surprised to hear Le Pen refused to cover herself up when she went to meet Lebanon’s Grand Mufti today. Some will interpret it as a disrespectful act while others will claim that no woman should not be pressured into wearing the Abaya. Personally speaking, she’s visiting a religious figure and she should abide by the customs out of respect and courtesy. Moreover, she could have skipped the visit altogether if she knew in advance.

Moreover, and according to the Mufti’s office, she “was told in advance through one of her aides that she will have to put a headscarf during the meeting with the mufti”. Germany’s Defence minister recently sparked outrage after refusing to wear a hijab during an official visit to Saudi Arabia but that’s different as she wasn’t visiting a religious figure.

On another note, Le Pen did not clarify yet her statement in regards to suppressing double nationality for Lebanese. Chances are she won’t win the French presidential elections so French-Lebanese should be fine 🙂

National Front leader and French presidential candidate Marine Le Pen on Tuesday nixed a meeting with a Lebanese religious leader after he requested she wear a headscarf.

“You can pass on my respects to the Grand Mufti, but I will not cover myself up,” Le Pen said, according to Reuters. [Politico]