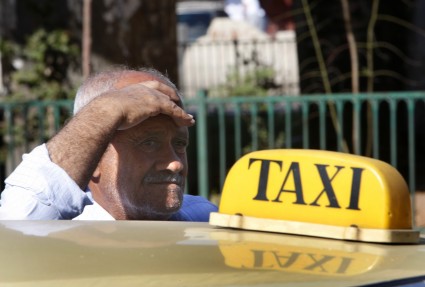 Lebanon is probably the only country in the world where no one understands what happens when syndicates or organizations call for a strike, especially when it’s related to the GLC, or General Labor Confederation. As we all probably know by now, the head of the GLC Ghassan Ghosn confirmed the general strike scheduled for May 3 in protest against the government policies regarding living conditions in Lebanon. He announced on the occasion of Labor Day: â€œWe will no longer remain silent over a government that is seeking to impoverish its people.â€ [Naharnet]

At first glance, you’d think this guy is serious about the strike and the whole country is going to be paralyzed tomorrow, but then you ask around and there’s absolutely no one you know who’s going to that strike. In fact, banks and private institutions are all open; Catholic, private and public schools as well as Lebanese university branches and private universities are all open, government institutions are open as well and all malls/restaurants/pubs are open!

Except for few taxi and bus drivers vowing to block roads, tomorrow is a regular working day. However, that doesn’t mean that the demands are not righteous but the man calling for those strikes is obviously the wrong person to do so and is part of the whole corrupted system.

So until further notice, I hope the authorities lock this guy up one day for every strike he calls for because he’s disturbing public order and wasting our time.