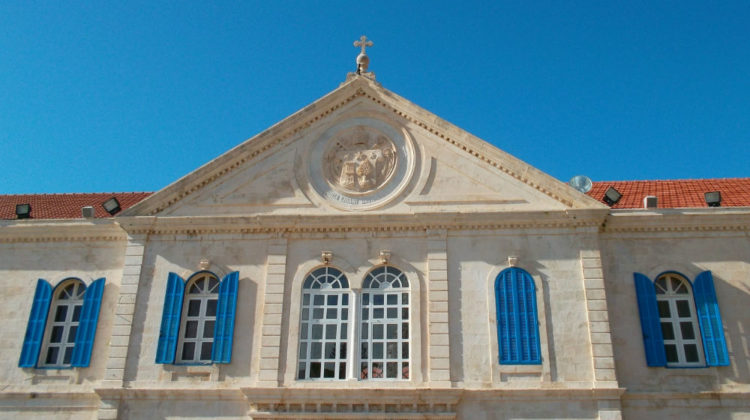 Dolly Khabbaz has been on hunger strike for the past four days outside Bkerki to protest against a verdict issued by the spiritual court depriving her of the custody of her children. The court ruling gave the husband full custody, claiming that the woman is mentally ill based on a doctor’s report that the mother has not seen before as per her claims.

The mother of two addressed an open letter to Maronite Patriarch Bechara Rai and asked to meet him, but apparently he’s been too busy (doing what?) to meet her even though she’s parked right outside Bkerke. Today, a group of women joined Dolly to protest with her and for every woman who had to face due to unjust verdicts issued by spiritual courts. Lebanon’s religion-based personal status laws discriminate against women across the religious spectrum and don’t guarantee their basic rights, and these laws are administered by autonomous religious courts with little or no government oversight, and often issue rulings that violate women’s human rights.

Personally speaking, I’ve lost count of the number of times I heard about women losing spiritual court ruling over baseless claims and fabricated reports. One of my close friends had to bribe judges for years only to be able to see your child and almost lost everything in the process.