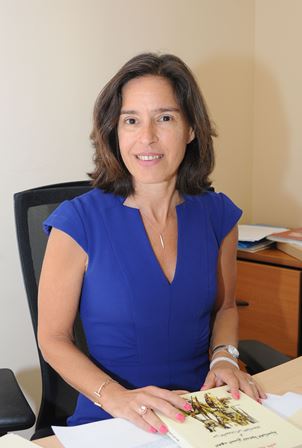 Dr. Nadia el Cheikh is a historian of the Abbasid Caliphate and Byzantium, with research focus on women and gender. She earned her BA in History and Archaeology with distinction from AUB in 1985 and her PhD from Harvard University in 1992. She came back to work at AUB that same year and was promoted to the rank of Professor in 2006. She officially took office at the Faculty on September 1, 2016.

Here’s an excerpt of her bio taken from the AUB website:

Dr. El Cheikh received the New York University, Global Affairs’ International Visitors Program Grant in 2004 and has been the recipient of many AUB research grants, notably, the Mellon Summer Research Fellowship in 1995, 1996, and 1999; and the University Research Board short-term and long-term Faculty Development Grants.

In 2007 she was the Shawwaf Visiting Professor of Arabic and Islamic Studies at the Department of Near Eastern Languages and Civilizations at Harvard University.

She has published three history books and co-edited three edited volumes, including AUB One Hundred and Fifty, AUB’s main sesquicentennial academic publication issued in 2016. In addition, she has delivered more than 100 published articles, reviews, invitational lectures and conference/workshop papers.