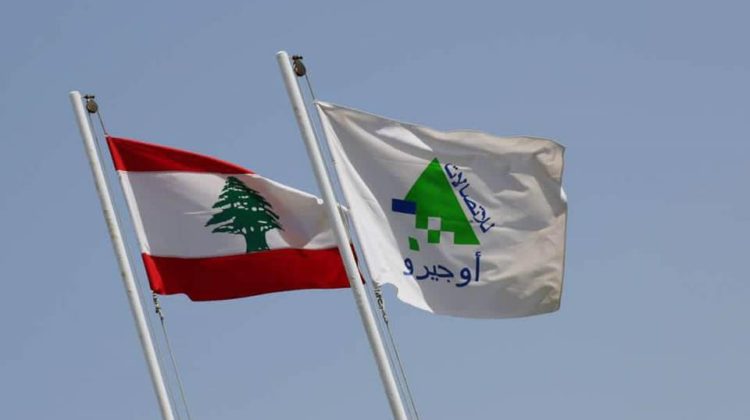 The new prices that Ogero announced almost a month ago were finally approved in today’s session with even further reduction in monthly subscription prices. While speeds will remain the same for most plans depending on technical capacity, the newly introduced “Open Speed” plans will offer internet users with speeds similar to the ones we witnessed (10 to 12MBps) during the Unleash the Speed campaign.

You can check out the rest below: 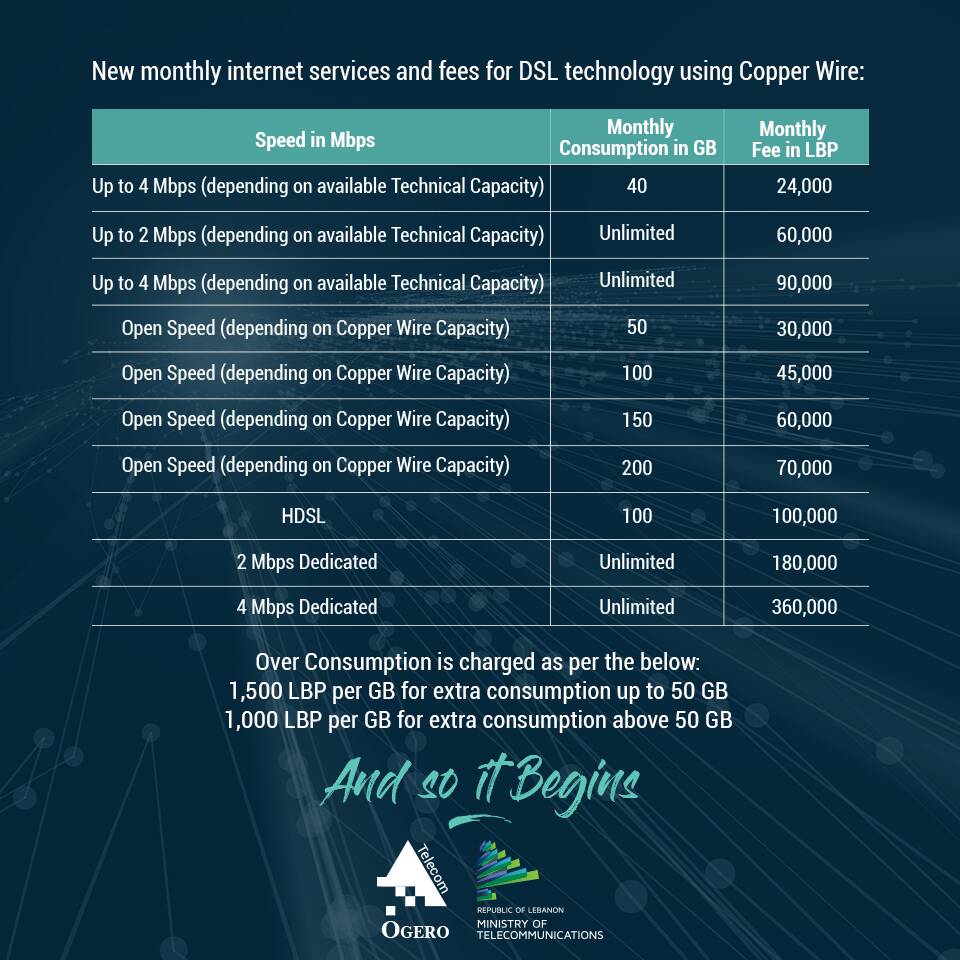 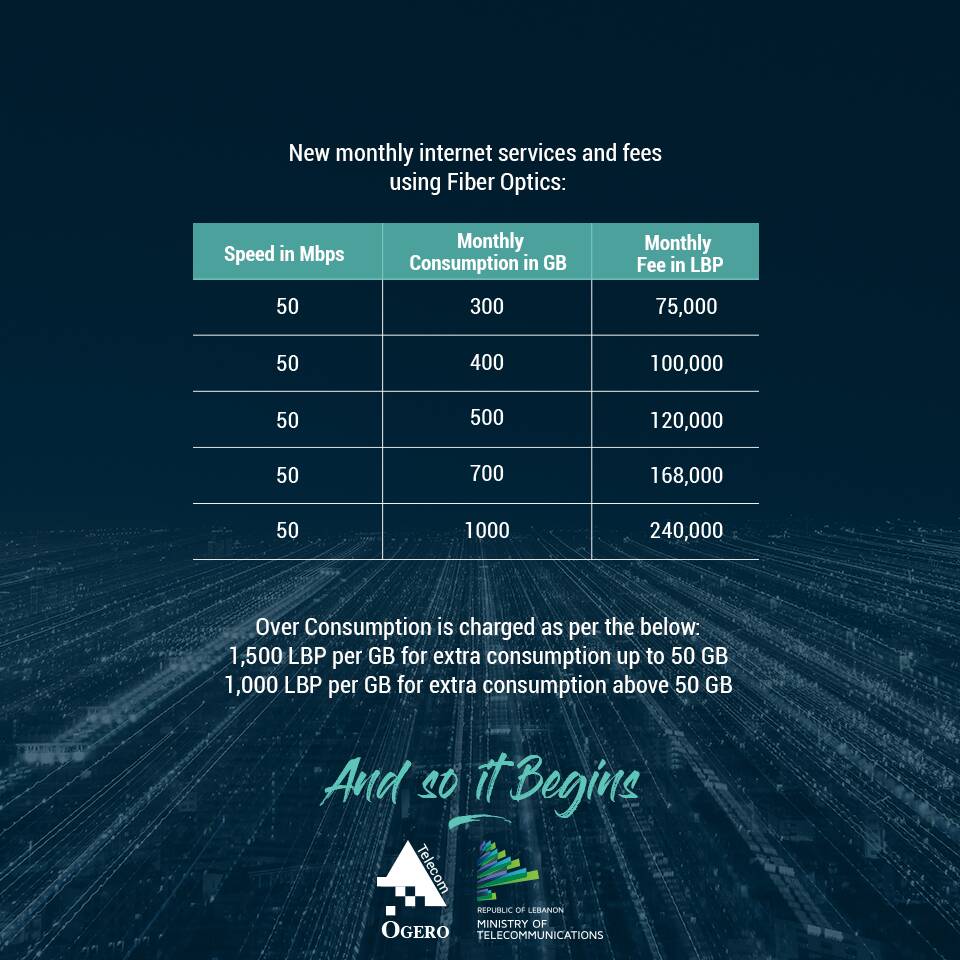