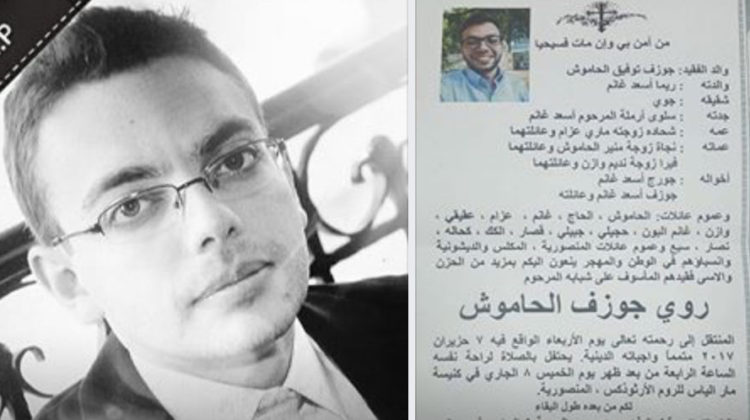 Every time an innocent person gets killed by armed thugs, whether at a night club or on the road or even by accident, we start asking for justice and condemn the state of lawlessness that we’re living in. We start new hashtags #JusticeForYves #JusticeForRoy, we share pictures of the victims, we ask for a new revolution, we blame the ruling class, newspapers and media portals start digging out personal information and old pictures and videos of the victim and the killers and of course politicians try to take advantage of the situation.

On top of all that, we hear a lot of voices asking to reinstate the death penalty to teach the killers a lesson, but promoting further violence and killing is probably the worst thing that we could do. Let’s put aside for a second the never-ending death penalty debate, take into consideration the fact that it’s the president that signs the executive orders and think about it for a second: Do you really want our politicians and our president to decide who gets the death penalty and who doesn’t? What if the killer was one of theirs? Don’t you think they’ll use wasta to set him free or let him get away with it? How is justice served that way?

The harsh truth is that there’s nothing the authorities can do for justice to be served. Even if they arrest the killers, they will rot in a corrupt prison where some prisoners have more privileges than guards, and they will eventually get out one day and re-commit another crime against another innocent civilian.

This is the reality we’re living in and this is why we should all try to stay away from armed thugs or from trouble in this country. Nevertheless, we should keep asking for justice, we should raise hell when such a crime happens and we should pay respect to the victim’s family but we should also understand that promoting further killing is wrong and that the root of all our problems is elsewhere.

Roy and his friend were chased down from Jal el Dib to the Karantina area, all because of a small car accident. We will never know the exact details of the incident but nothing justifies shooting the 24-year old student in the head over a car accident, nothing justifies chasing them down and shooting at their car and nothing justifies the absence of any police car at that time on the highway. With all these cameras installed, how come no one noticed a dangerous car chase was taking place at 2AM in the morning? How many cars are on the highway at that time? Why doesn’t the ISF release a small manual on what to do when being chased by armed thugs? Can we really blame the police or those letting armed thugs roam around freely?

Every day on my way to and from work, I do my best not to fight with assholes cutting me off because I know one of them might be armed and stupid and the very few times I get into an argument, I just drive away and ignore them (and regret getting into that argument in the first place). The roads are a jungle where thugs, convoys, assholes and even cops cut you off, harass you and you simply can’t do anything about it because that’s how things are in this country and they’re not changing anytime soon.

Respect for human life has almost lost its meaning in this country yet these messages, posts, prayers, petitions (not the capital punishment ones) are what’s keeping us from becoming heartless, brainless thugs like the ones that killed Roy.