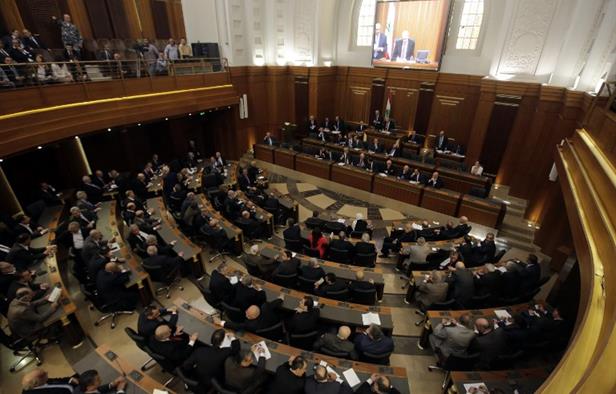 Lebanese members of parliament gather to elect the new Lebanese president in the parliament building in downtown Beirut on April 23, 2014. (AFP/Joseph Eid)

Today’s session was the 45th attempt to form a quorum and elect a new Lebanese President but it failed again. It’s been over two years now that we don’t have a president and it doesn’t look like we’re gonna have a new one anytime soon. 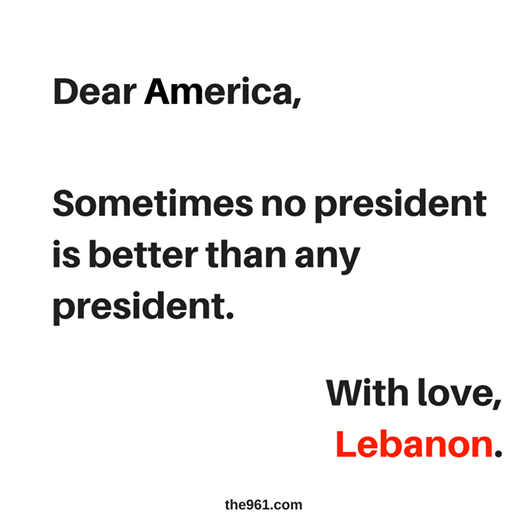 Now looked at the parliament records for the 44 sessions held between 23 April, 2014 and 7 September, 2016 and came up with the below findings:

– More than a third of MPs have skipped 43 out of 44 presidential election sessions.
– Only 3 MPs (Future’s Ammar Houri, The Democratic Gathering’s Antoine Saad, and Liberation & Development’s Nabih Berri) attended all 44.
– 45 % attended less than 10 sessions, while 52% attended fewer than half.
– The three blocs with the highest average attendance rates were Al-Jamaa al-Islamiyah, the Lebanese Forces and the Amal Movement-led Liberation & Development.

The sad part is that these MPs are still getting paid for not doing their job, not to mention that they prolonged their term twice already. It would be interesting to see how much money was wasted on these sessions and the dialogue ones, I’d say probably tens if not hundreds of millions of dollars. 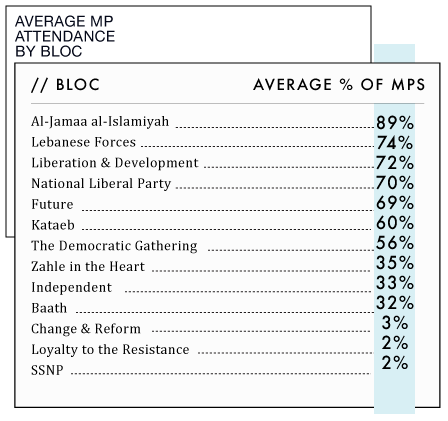