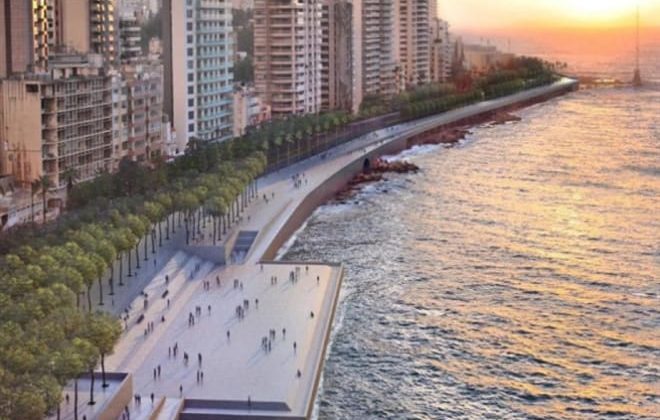 Beirut Municipality is set to revamp Beirut’s corniche to add new bike lanes, greenery and more. Vladimir Djurovic, a Lebanon-based landscape architect, has been contracted to design the project and works should begin later in 2019 for the Ain el-Mreisseh corniche. The project will be executed within two years and will cost around $25 million dollars.

As you can see from the pictures and quoting the Daily Star, there will be a new “piazza area” at the sea level will allow people to get closer to the sea, and trees and other greenery will line the walkway.

Looking at the pictures, four things come to mind:
– Wouldn’t extending the corniche into the sea ruin the existing facade?
– What about treating the sewers coming out of the sea there? The smells are horrible and the worst part people keep fishing there.
– I spent months walking down that corniche and every day Sukleen or whatever cleaning company is handling it now used to wash away the dirt into the sea. How is the municipality planning to clean the new corniche where more people will be hanging out?
– Where will people park their cars? They’re already parallel parking now and causing traffic.

Add to that the tons of violations being recorded against this project. [Al Modon] [Al Araby] 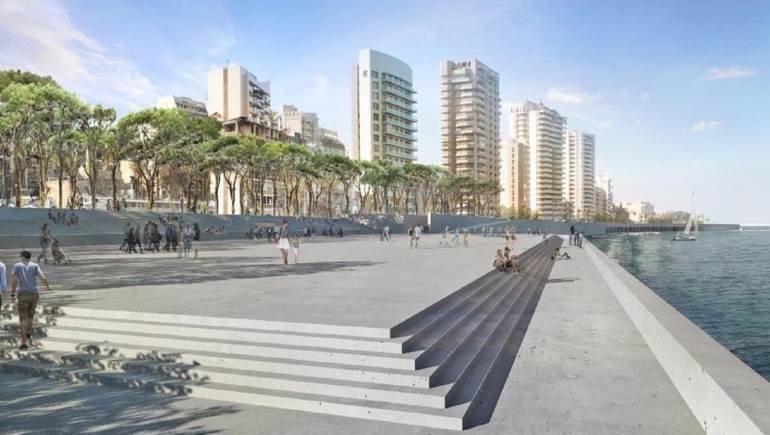