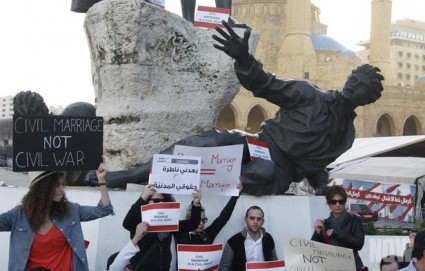 Barely 100 made it to the demonstration planned yesterday at Martyrs’ square in support of civil marriage legislation. I didn’t even hear about it until today to be honest, and I would recommend we stop those spontaneous sit-ins and demonstrations because they are hard to organize and don’t reflect the opinion of the Lebanese community.

In fact, a survey conducted by the International Information Research Center in Beirut found that 51% of Lebanese are in favor of civil marriage becoming a legal option in Lebanon and a Pro-civil marriage Facebook group has attracted over 31,000 members in a couple of weeks time.

To express my support to legitimizing civil marriage, I updated BlogBaladi’s cover picture on Facebook to the one shown below:

You can visit the page and like it [Here]. 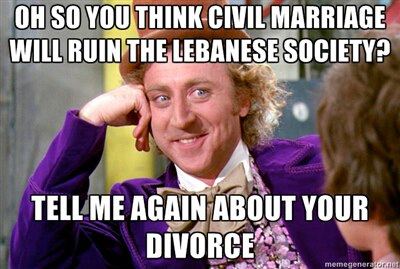