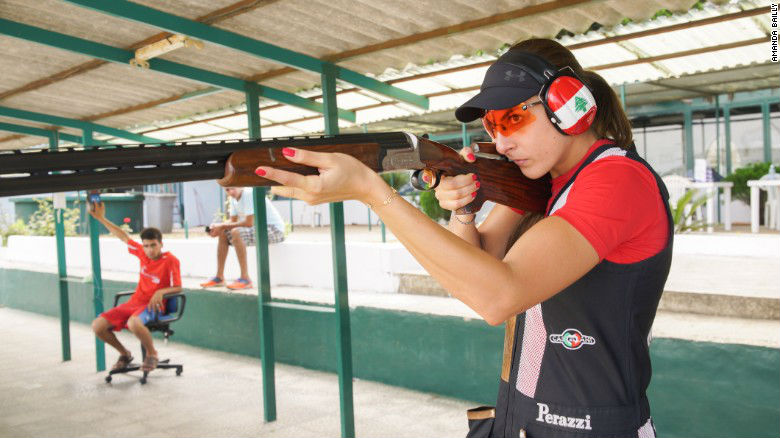 Update: Ray didn’t qualify to the semi-finals but improved on her previous performance. She’ll get that medal in 2020. Third time’s the charm 🙂

Ray Bassil had a rather disappointing Olympic debut four years ago in London but she’s been training hard ever since, earning medal after medal and cup after cup and climbing to the top of the Trap Shooting World Rankings. Ray Bassil is today the world’s #1 female trap shooter and she might as well be Lebanon’s first ever gold medalist at the Rio 2016 Olympics.

Ray Bassil spoke to CNN about her climb to the top and the obstacles she had to overcome in Lebanon mainly due to the lack of resources and financial support for Lebanese athletes.