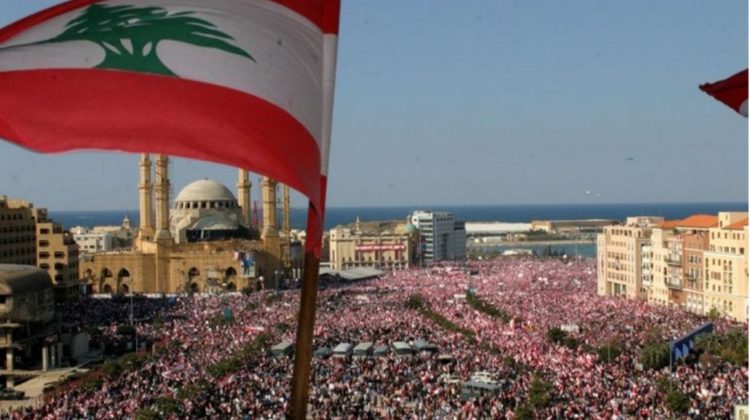 We all remember that glorious day, the day where over 1 million Lebanese gathered on Martyrs Square to ask for change, for a better future, for self-determination, for a free Lebanon. Unfortunately all that’s left are just memories as people entrusted the same politicians right after that revolution, and 14 years later, we’re in deeper shit than we ever bargained for.

I’m not gonna bother with the never-ending list of trouble we’re in, from the garbage crisis, electricity and water crisis, cancer epidemics, poverty, corruption, debt etc …

What I wanna talk about is the build up to this glorious day, and how rewarding it felt to see all these people join the protests for all the right reasons and without their political parties asking them so. In fact, March 14 was a rather “dull” day, if I may call it so, when compared to the protests that started after Feb 14 and especially the ones that I took part in since the year 2001.

We’d be few hundreds to go down and protest the Syrian occupation faced with hundreds if not thousands of ISF & police members. We were banned from holding the Lebanese flag, or any banners that demands sovereignty and we’d get humiliated at every occasion at army check points. Those were dark times yet that didn’t stop us from going down every time, even if in limited numbers, because it was a righteous cause and it still is. Those were scary times as well as several people I know, including close friends, were arrested, interrogated and even tortured.

Fast forward to Feb 14, and the protests that followed, you could sense that the fear factor that prompted Lebanese from taking the streets was finally broken. More and more people were going down every day to the tents and defying official statements banning protests. We had to confront the ISF & Lebanese Army at some point to join in but you could sense they just wanted to let us in. Some of the most memorable moments actually took place weeks before March 14, from convoys roaming the streets almost all over Lebanon, people joining the protests for the first time, protesters handing flowers to the army to let them through, slogans calling for unity among all sects in Lebanon etc. The most amazing part is that this wasn’t anymore about politics, you didn’t even need to explain to people why they had to go down because it was the logical thing to do. It was about self-determination, about our right to live and live freely. As simple as that.

I dragged most of my friends down to the tents and protests, and it felt great taking part of something this big. But that’s about it. It’s all memories now as our political parties somehow managed to hijack that achievement and abuse it year after year for electoral and sectarian purposes.

Do we need another March 14? Desperately.
Will it happen anytime soon? It’s hard to tell. Let’s just hope the trigger won’t be a long list of political assassinations or God forbid another civil war.