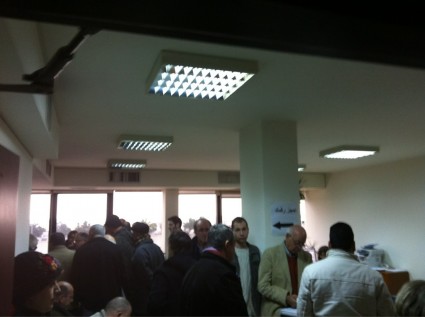 My friend Roland has been tweeting since 8:30 am from the OEA (Order of Engineers and Architects) office in Dbayyeh, where he has been waiting endlessly to renew his insurance and pay his annual registration fees.

It appears that the engineers’ insurance expires in February and you can’t renew it until the first of March, which means that you have to go pay today if you want to be covered. My question is: Is it so difficult to allow engineers to renew their insurance earlier?

Added to that, there’s a new insurance company this year and the personnel is apparently unfamiliar with the new software being used, and testing it for the first time today, thereby making things ever worse.