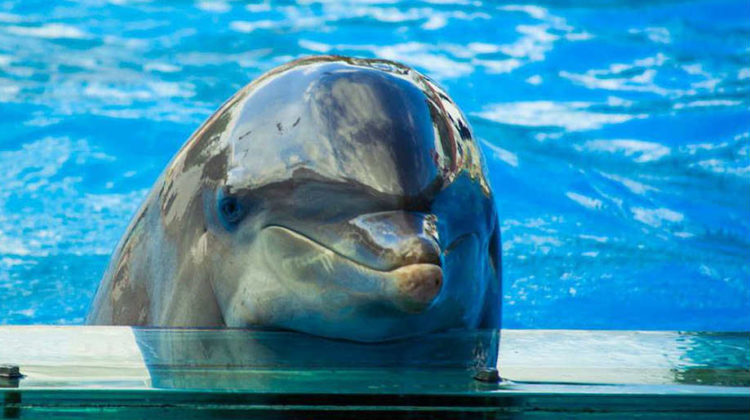 Few months ago, I attended a dolphin show for the first time ever in Sharm el Sheikh and even though I had signed up for the full experience, I ended up not going (with Brian) inside the pool and play with the dolphins because I didn’t like how people were hanging on to their fin. I ended up watching the show from a distance then left.

Dolphin shows are very popular around the world but I’ve been hearing more and more about protests against keeping animals captive and using them for entertainment. To be honest, I loved going to the Circus and I enjoyed the Dolphin show (from a distance) but I would definitely be in favor of cancelling the whole thing if animals are being abused in the process. I guess it all depends on the circumstances under which these animals are kept, which is why I’m fully supportive of the Anti-Dolphin Show campaign Animals Lebanon kicked off this week with a video produced by Against Animals in Entertainment.

They’re protesting a dolphin show which is taking place at Cirque du Liban right on the Dora highway. This is obviously not the right place to organize a dolphin show or even keep the dolphins and I have no idea how they were allowed to pull such a thing. Two local NGOs, Children’s Cancer Center of Lebanon (CCCL) and Lebanese Autism Society – LAS, have already said no to the show.

Watch the video and spread the word: