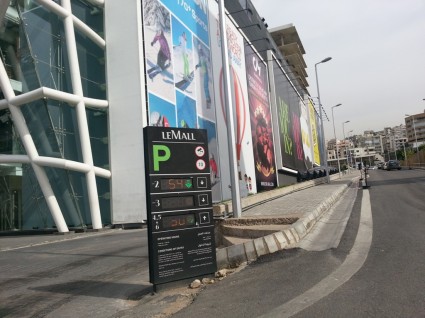 Every time I go to Le Mall Dbayyeh during peak hours, I spend at least 15 minutes looking for a parking spot and another 15 waiting for the elevator. However, that’s also the case (not as bad though) in almost every mall so it’s not a big issue.

My problem is that Le Mall Dbayyeh security guards are lying to people telling them the parking is packed while it shows (see picture above) there are a lot of empty spots. The first time it happened to me, he told me the counter is not working so I went and parked somewhere else. The second time it happened, I insisted on going in and found the parking was almost empty. Yesterday the same thing happened again but I ignored him and found tons of empty spots. 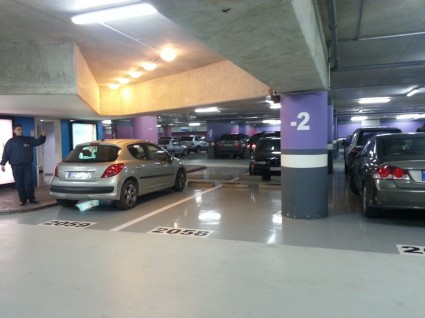 I don’t know who’s asking them to lie, but that’s just wrong.

On a side note, I am finding Le Mall a better place to hang out than ABC. Restaurants are more spacious and better located than the ones in ABC Dbayyeh, specially the ones on the front facade.