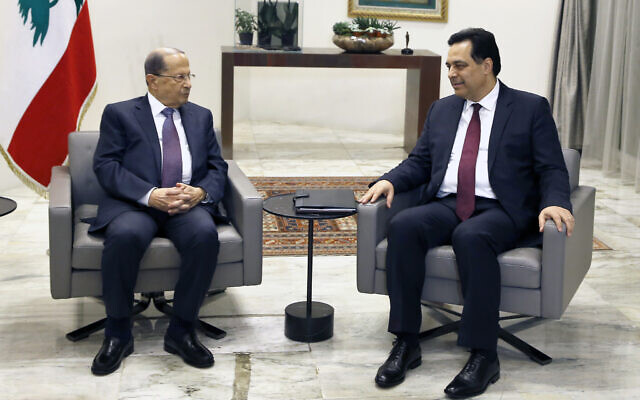 Remember when Saad Hariri formed the last government and many saw in it a glimpse of hope? Remember when we had elections based on a new electoral law and Lebanese voters rallied behind traditional parties thinking they truly want change? Remember when Lahoud was elected President and praised as the savior? Or when the international community attended and celebrated Michel Sleiman’s election? Or when we were promised a strong mandate under Aoun’s presidency?

We Lebanese tend to forget precious lessons from the past and this new Diab government is no different from previous disappointments. In fact, I don’t believe it ever stood a chance to begin with, and is doomed to fail sooner or later because it has weak foundations and Diab isn’t fit to lead a government in such critical times, at least in my opinion.

Some might ask: Why not give the new ministers few months to prove themselves?

Give who what exactly? Have you seen the lineup of minsters? You want to give Diab, a previous self-absorbed minister who will forever be remembered for issuing a huge booklet about his ministerial tenure? Or the new Energy Minister who worked closely with all the last three “failed” Energy ministries? Or the new Public Works Minister who claims to be a technocrat yet hailed the politician who named him on his first TV appearance? Or the Interior Minister? Or the New Tourism Minister who worked all his life in the medical field? or the new Defense Minister who knows nothing about defense? Or the Agriculture & Culture ministry whatever that means?

How can you encourage a government that left a useless ministry such as the information one and decided to merge two key yet totally different ministries into one? How can you entrust a Prime Minister willing to add two seats to fit in a political party instead of sticking to his promises of a government of technocrats?

But a government is better than void. No?

Anywhere else in the world, I might agree with that statement, but I’m not so sure about that in Lebanon. I am not saying void is better, but what can we possibly expect from such recycled governments except similar decisions to the ones their predecessors took? (Hint: Mohammad Whatsapp Choucair).

People have been protesting for 100 days and not one of the ruling parties attempted to open a proper communication channel with them. Instead, they first labeled them as traitors and thugs, then tried to hijack their movement and now Diab wants us to believe the revolution is represented in his new government. They didn’t spare a chance to arrogantly attack the protesters and belittle the revolution, and now want us to believe this government is for our own good?

What about the decent people in the government?

In almost every government we had in the past years, there were decent ministers close to traditional political parties or politicians but working independently, which is fine up to a certain extent. Unfortunately, and assuming there are a couple of honest and hard working ministers in Diab’s government, they won’t be able to do sh*t because they simply can’t. The whole point from forming a gov of technocrats backed by an independent judiciary committee was to let these ministers work; Instead, we got a recycled new government hand-picked by the same people with the same agenda.

That being said, no I don’t believe we should give it a chance because 1) Diab broke his promise to form a government of technocrats, 2) time is not on our side and we can’t afford wasting another chance now, 3) this government goes against everything the revolution fought for and 4) this is a one-sided government that no one is willing to support internationally or regionally.