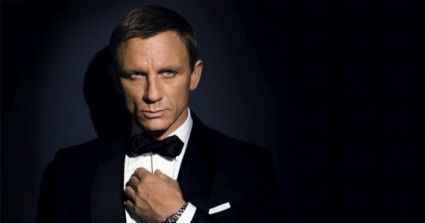 Update: I added *Spoiler Alert* as per one of the reader’s suggestions and edited slightly the post.

I went on Saturday to watch the avant-premiere of the new James Bond movie Skyfall at Grand Cinemas in ABC Dbayyeh. It was supposed to be released last week but was delayed until Thursday November 1st due to recent events in Lebanon.

Skyfall is a major improvement from the last two bond movies but it wasn’t as great as I thought it would be. Don’t get me wrong, I did enjoy it a lot but I was hoping for it to be a bit better in some aspects. In fact, I thought it was a bit too long (almost 2 hours and a half), action scenes weren’t that intense and I didn’t like the part where he hides in a house to fight the bad guys (I remembered Home Alone for some reason). We are used to Bond scenes in glamorous cities with sports cars and gadgets etc …

Last but not least, I thought I was watching a scene from Taken2 in the first part of the movie on the Grand Bazaar Rooftop except Daniel Craig is riding a bike while Liam Neeson was on his feet. Of course Skyfall’s action scene was much better and more exciting than Taken2 but It would have been better if they picked a new location, not the old worn-out Grand Bazaar in Istanbul. 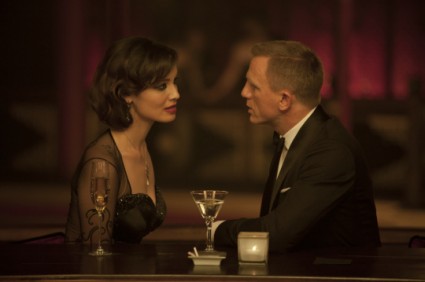 Aside from those minor critics, I love how Bond’s character is resurrected throughout the movie, the way the plot is built, the crucial role M plays in Skyfall (and the superb performance of Judi Dench), Ben Whishaw playing Q, the villain character and specially the mid-section of the movie in London and underneath it in the subway and MI6 new headquarters. More importantly, Skyfall is one of the most “realistic” Bonds, more of a “Jason Bourne” than a “James Bond” as some critics are saying. No more invisible cars, crazy stunts and out of this world gadgets.

All in all, Skyfall put Bond back on track after the last two editions, and provides the perfect transition to a new series of Bond movies, specially after the surprising end. It’s a must-see Bond and the best we’ve had in the past 10 years or more (since Golden Eye). I will not dig into further details as there are tons of professional and thorough reviews all over the internet that you can check.