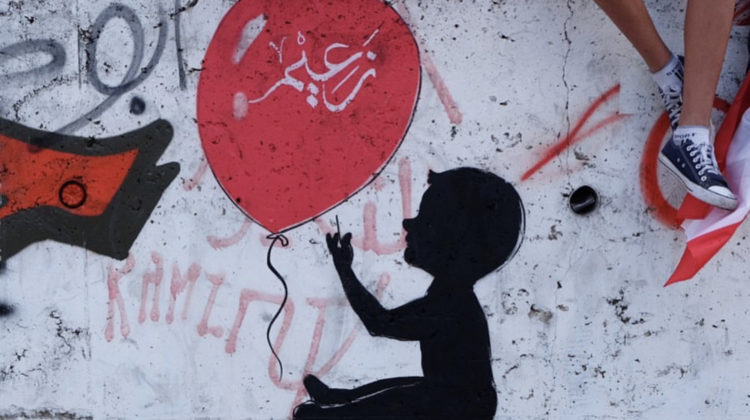 One of the first slogans of the Revolution was “All means all of them” and the way Lebanese politicians have dealt and continue to deal with the ongoing protests is proving more and more that they all must go. Unfortunately, this is not gonna happen over night and there are still Lebanese who believe their leaders are not corrupt and truly want to fight corruption.

In fact, we have to accept the fact that parties and Lebanese who support them blindly aren’t going to vanish in a matter of weeks or months, yet change can and should also happen from within these parties and this is what we can also push for along with the Revolution’s demands.

This being said, here are few friendly advice to our politicians, if they wish to be taken seriously by protesters:

1-Pay cut up to 100%: The President, Head of Parliament, Prime Minister, Ministers, MPs and all highly ranked public servants should stop getting paid. No more salaries, no more benefits, no more trips, no more lavish lunches or events, just basic expenses to do their job. It is unacceptable and unimaginable that in the midst of this crisis, MPs and minister still got paid their full salaries.

2- Talk WITH People, Not AT Them: If you want the people to respect you or listen to you, stop talking at them! Get off your high horses and try your best to get closer to protesters and those against you. Don’t expect people to compliment you on a positive tweet or post when you’re bashing them and calling them names on every occasion.

3- Keep quiet if you have nothing to say: If you have nothing useful to say, just don’t. No one is expecting from any politician to issue statements or set up press conferences. Do what we’re paying you to do instead.

4- Stop wasting time: There’s a revolution happening, the economy is collapsing, businesses are shutting down, roads are getting closed daily, tensions and unemployments are on the high, yet our politicians are behaving as if it’s all nice and dandy instead of making use of every second. We’ve been for 50 days without a government and it’s been two weeks if not more than the President’s hasn’t called for consultations yet. Time is against us, stop wasting it!

5- Stop jailing people over tweets & FB posts: Grow a thick-skin, accept comments and insults and don’t go after activists or random online users expressing themselves in anger. If you’re offended by some insults and disrespectful slogans, remember this is only a reaction to 30+ years of incompetence, corruption, theft and negligence. If you keep on going after people for offensive slogans, you’re only making it worse for yourselves.

6- Pretend to care: People don’t trust you, people know you couldn’t care less about them. Start by pretending to care if you don’t want to help. Show some humility, don’t go on TV wearing Gucci jackets and diamond earrings. Wake up, smell the coffee and understand 30% of the Lebanese people if not more live on 4$ daily.

7- Cut the crap: Stop pretending you started that revolution years before and you were always fighting corruption or planning to. No one’s buying that crap anymore, there are a zillion reports by now proving otherwise. If some within your party are corrupt but you’re not, then drop out or campaign to have them kicked out.

8- Stop the media attacks: We all know most TVs and stations belong to politicians. Ask your media to report ethically and stop fueling tensions. Stop hosting idiots as well.

9- Start by cleaning your own house: The most courageous thing any politician can do right now is fire or punish someone from his own party accused of corruption. Instead of playing the blame the game and claiming others stole more or simply ignoring the accusations, just fire those accused of corruption or put them aside if you want to be taken seriously.

10- Keep your thugs away from the streets: These cheap tactics of sending thugs to cause trouble and infiltrate the crowds no longer work. Again, focus on doing the jobs we’re paying to do and try to save whatever is left of our economy.

I hope these tips don’t fall on deaf ears. If we all want what’s best for Lebanon, let’s start by ourselves. The more we accept the change that has already taken place, the easier the transition to a better future, even if this meant months or even years. The people sent out a clear messages to those leading the country, yet they’re still stalling and undermining what’s happening, not to mention coming out with arrogant and insulting statements.