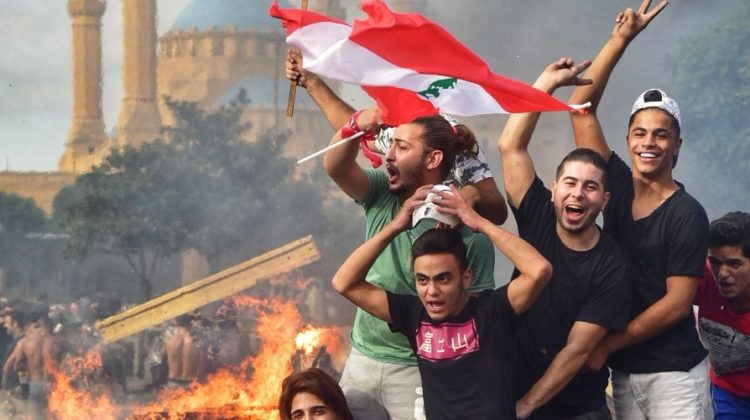 The 2005 Cedars Revolution and the 2019 October Revolution may have different backgrounds, but they share one common trait: The same ruling parties who hijacked the 2005 revolution are trying to do the same with the 2019 one.

The presumed new government lineup is a big slap in the face to every protester who went down to the streets in the past 50 days. Instead of agreeing to name independent competent ministers to help us get out of the crisis, those in power are forming a techno-political government and dividing up the cake among themselves. It’s as if they didn’t look up what technocrat or specialist means, so let me clarify it for them: Assigning a technocrat doesn’t mean appointing someone from a certain political line to replace the Zaiim, it means getting someone competent enough to do the job and not be pressured from any side. We’re not switching masks on Berbara, we’re in deep shit and need the best out there to get us out of this mess ASAP.

And the best part? They’re leaving 6 spots to the popular protest movement in an attempt to lure them into a political trap. Why? Because they know those protesting will refuse to join a political government without a clear agenda, without forming an independent judiciary committee to fight corruption, and dominated by ruling parties.

They tried to undermine the revolution in every possible way, they sent their thugs to beat up and fire at unarmed citizens, they infiltrated the protests, they arrested minors, they blamed the economy on blocked road and now they’re insulting our intelligence with this so-called techno-political government.

Sometimes I feel those in power don’t watch TV or don’t even follow the news. They’re living on a different planet far far away from the people. The economy is collapsing, businesses are shutting down, people are desperately fighting to provide for their families, and they’re arguing over who gets which part of the cake still. They just don’t get it.