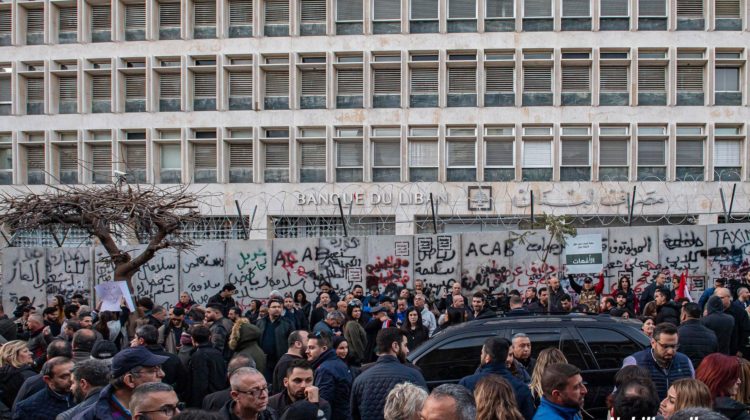 “We were doing so much better before the Revolution”
“Banks were giving us our money normally before the protests started”
“This Revolution has destroyed the economy”
“What did the Revolution achieve? We were leading a normal life now it’s all messed up”
“Reforms were on their way, but the Revolution stopped it all”
“The Revolution only cut roads and cursed politicians, they made things worse only”
“Why aren’t the Thawra people protesting in front of this building or that? They’re taking sides, they’re not a real revolution”
“Those who resort to cursing and foul language cannot lead a revolution”.

It’s been almost five months now since the Revolution started and we’re still hearing people blaming the revolution for the disastrous economic and social situation we’re in. We still hear people criticize protesters for cussing politicians, blocking roads, violently engaging against an oppressive state. We still hear people nag that the Thawra got us so far, people who chose to ignore what the authorities have done in the past 30-40 years and focus instead on attacking frustrated and angry young men and women.

We’re no longer witnessing major protests and road blocks, not because the revolution is dead, but because it has become a lifestyle. It has become part of our every day life and it will stay that way as long as those in power keep ridiculing and disrespecting us.

We’re reached the point of no return after years of corruption and theft. We cannot reverse what happened and can no longer accept to be led by incompetent and corrupt politicians and parties. Ever since the revolution had started, there were one crucial demand: an independent judiciary committee yet ruling parties have been stalling and fabricating all sorts of lies and diversions to avoid appointing such a committee. We saw how the new head of the Beirut Bar Association Melhem Khalaf is inspiring people and challenging Sulta, and this should give you an idea on what can an independent judiciary body is capable of.

For all those still defending their parties, wake up and start the revolution from within. We’re all going to lose if there’s no accountability. When a judge is appointed by a politician and both are protected by security forces appointed by the same politician, we will NEVER get anywhere. Until this vicious circle is broken, the revolution is here to stay.