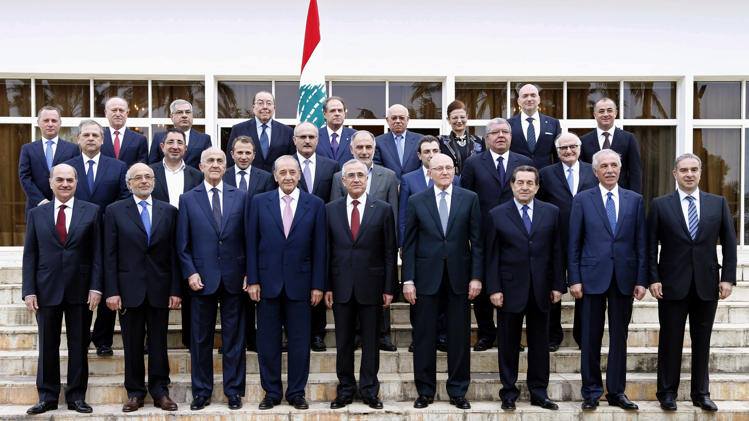 After learning of the photograph’s manipulation on Sunday, the Associate Press decided to remove the new Lebanese government’s picture from their archives and advised their customers not to use it. They also called the Photoshop “unacceptable”.

AP recently fired Pulitzer Prize-winning Photographer Narciso Contreras for altering a picture of a Syrian opposition fighter. Here’s a [Link] to the picture if you are interested.

Asked to comment about it on Sunday, presidential media adviser Adib Abi Akl said: “So what?” He said the official photos were sent to the media and “it is your choice to use them or not.”

Earlier, he said that according to the Lebanese protocol all the top three leaders – the president, prime minister and parliament speaker – have to be in the group photo. The first shot was taken with Berri and the ministers present, after which Berri, who was headed for Kuwait, had to leave for the airport. When the missing ministers arrived, the group stood again for a new picture without Berri, who was then added by Photoshop.

After learning of the photograph’s manipulation on Sunday, the AP removed the image from its archives and issued an advisory to customers not to use it.

“Adding elements to a photograph is entirely unacceptable and is in clear violation of AP’s standards,” said AP vice president and director of photography Santiago Lyon.