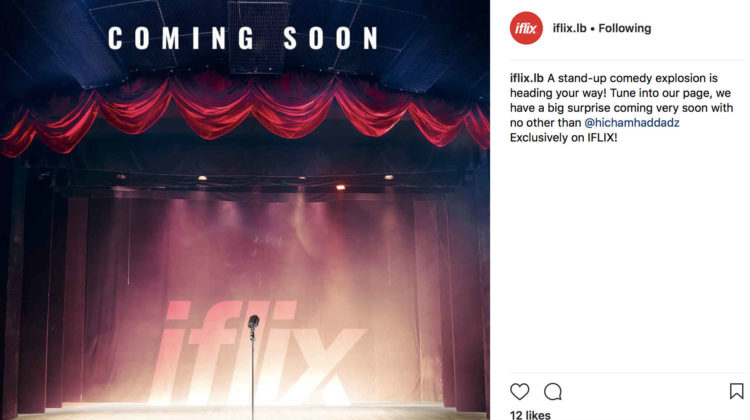 Hicham Haddad is one of the most popular talk show hosts and stand-up comedians in Lebanon, especially after moving to LBCI and starting his Lahon W Bass show. I never was really a big fan of Hisham but he is street-smart and witty and has drastically improved back from his OTV days. He prepares really well his content and knows how to engage with the crowd and has even become an advocate of freedom of speech through his show.

I’ve never been to one of Hisham’s stand up comedies but a lot of my friends have and they love it and his latest stand-up comedy “The Hicham Haddad show”, which was shot at Jounieh’s Platea stage will become available on Iflix starting March 2nd, which is awesome news!

A lot of people, including myself, are more familiar with Netflix but Iflix has been gaining ground rapidly ever since its launch and featuring Hicham Haddad’s standup comedy is a huge step forward in attracting local viewers and promoting original content.