Sukleen’s term has expired on July 17th and the company is no longer collecting garbage, the deadline set by the Naameh residents expired yesterday and the road to the landfill is closed once again, Environment Minister Mohammed al-Mashnouq still has no idea on what to do next and has informed the municipalities that they will need to handle their garbage until further notice. The proposed solution is to designate new landfill locations to replace the Naameh one but all municipalities are refusing this option because they simply don’t want to end up with a landfill as big as the Naameh one. At the same time, Naameh residents are fed up and they have every right to close the landfill, noting that it was originally supposed to operate for 6 years only yet has become the country’s primary landfill (65% of the Lebanese garbage) for 17 years now. 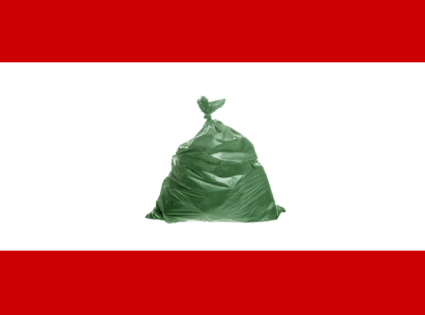 As far as Sukleen is concerned, they did their job and are not too worried about what happens next. Beirut Municipalities, on the other hand are not prepared to handle this task and they are already panicking and setting up temporary dump sites in inappropriate locations, noting that most municipalities are indebted to Sukleen.

How do we get out of this mess?
The problem is a political one as is always the case in Lebanon, and Minister Mashnouk can’t really do anything until all parties agree on a new company or on renewing Sukleen and setting up new landfill locations, but we could have avoided all that if the authorities started years ago recycling campaigns and encouraged municipalities to invest in recycling instead of wasting all their money on Sukleen’s services, noting that we are currently paying almost $170 per 1 ton of garbage between sweeping, cleaning, sorting, packing and dumping, which is a relatively high amount.

Given that at least 60% of our solid waste is organic in Lebanon, the most effective solution is to implement an adequate strategic waste management plan and encourage recycling. It is in every municipality’s interest to invest in recycling and promote environmentally friendly solutions to save money, protect the environment and more importantly their own residents. Take for example Sweden where people recycle almost 47% of their waste and use 52% to generate heat; I’m not saying we will achieve that in 1 or 2 years but things have been dragging for 20 years now and the worst thing we could do right now is repeat the Sukleen and Naameh experience, add to that the illegal landfills in Saida, Tripoli (Baddawi) and Tyre.

If some municipalities are too corrupt or don’t understand the benefits of recycling and waste management, why doesn’t the government force them to spend 30 or 40% of its budget on recycling instead of paying debts to Sukleen? Why doesn’t the ministry give them long-term credits to encourage waste management and incentives based on the results achieved? Just like the electricity problem in this country, I believe municipalities need to take personal initiatives like Zahle did and force it on the authorities.

Until then, enjoy the smells 🙂