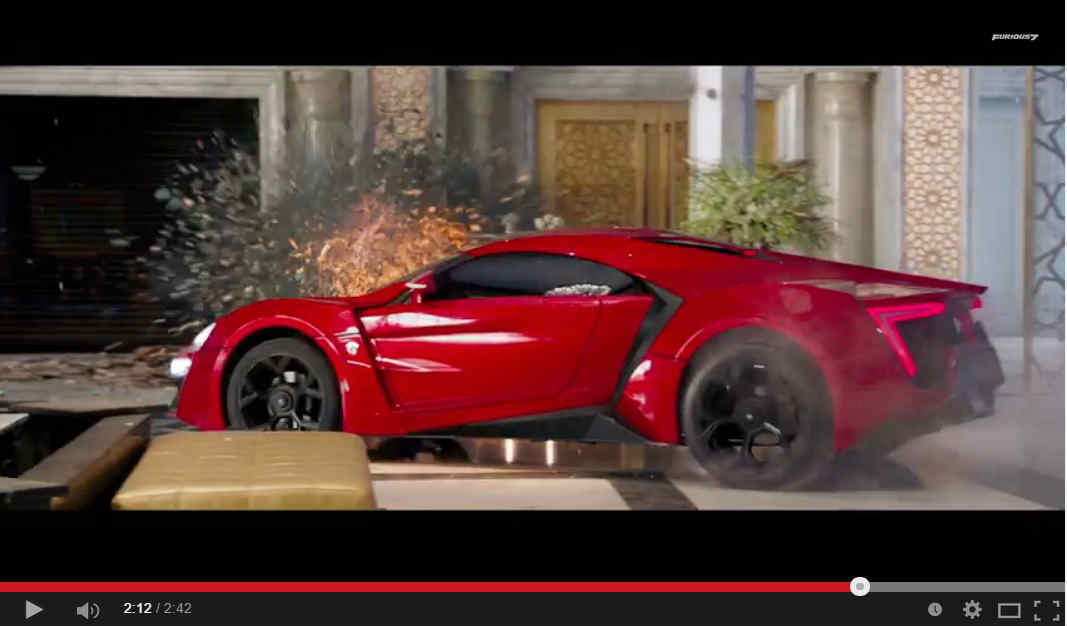 Fast & Furious will mark the final film appearance of Paul Walker in this series and the first appearance of the The W Motors Lykan Hypersport in a movie.

The W Motors Lykan Hypersport is the world’s most exclusive supercar with only 7 units produced and is the first hypercar designed in the Middle East. It is worth noting that W Motors, the company behind the car, is a Lebanese-based one.