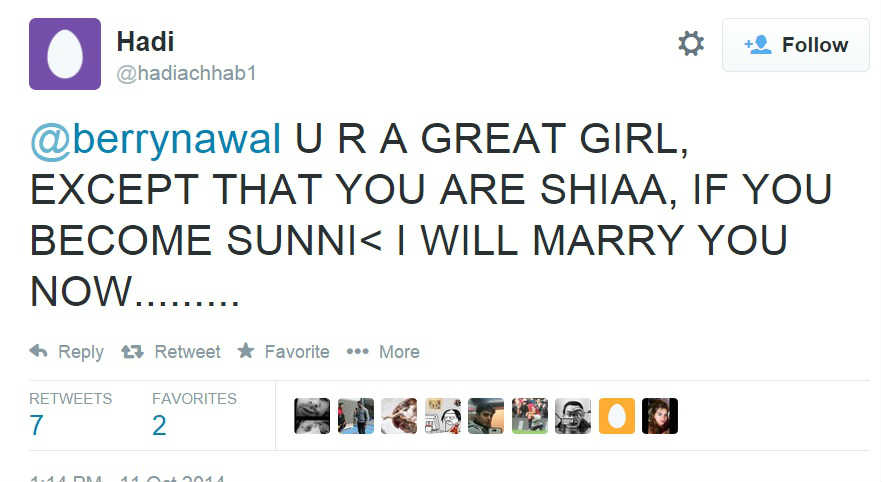 Can someone explain to me why everyone’s talking about this wedding proposal that Nawal Berry has turned down on Twitter? Did anyone bother look at the guy’s twitter account? He’s been active for a month now and most his tweets look like spam. Moreover there’s nothing priceless or funny about his proposal. The only funny thing is that most Lebanese on Twitter were surprised by this man’s proposal and all acted as if religion didn’t matter to them. That’s the best joke I’ve heard in a long while.