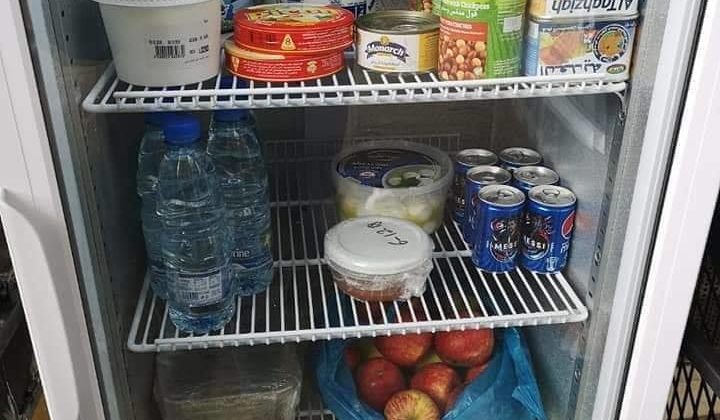 Update: According to MTV, the man got robbed and his bike was burned, so he resorted to stealing another. If that’s really the case, then the judge was more than fair. (Thanks Joelle)

A man in Tripoli was fined LL300,000 by a Judge for stealing bread and a Pepsi bottle for his family. After his wife showed up with only LL200,000, the judge pitched in the missing LL100,000 to help the family out.

We’re grateful to the judge for his help but stealing small amounts of food (barely worth 5000LL) should not be considered a crime and he should have overruled the theft conviction or let the man pay back for what he stole, not 40 times more! In all cases, Tripolitans reacted by setting up kindness fridges across the city and asking people to donate food.

You can check out [here] the location of the fridges as shared by Tripoli24.