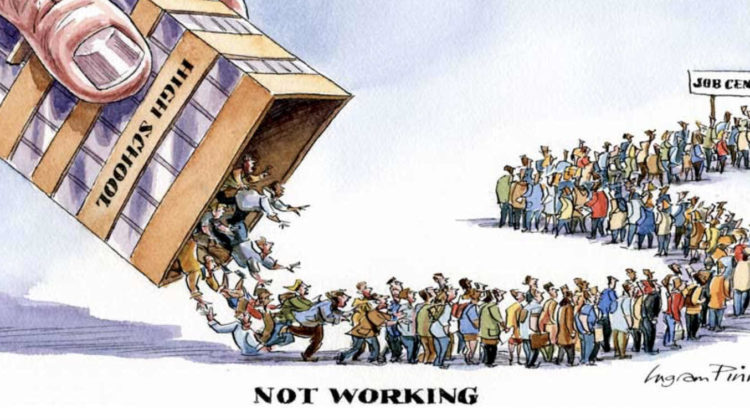 I was just reading that President Aoun warned yesterday “that the grave economic situation, presence of Syrian refugees and the reluctance of Lebanese to take low-paid jobs has caused unemployment to soar to 46 percent”, which is higher than any unemployment rate I’ve heard in the past 5 years.

Less than a year ago, LBC shared a report stating that 25% of Lebanon’s labor force is unemployed and that the unemployment affects primarily the young people and those freshly graduated from university, and reaching an average of 40%. Funnily enough, the official rate announced is only 10%.

Many are blaming foreign (mainly Syrian) competition for this increase in unemployment but the deteriorating economy and the mismanagement of the Syrian crisis (among other things) by the Lebanese authorities are mainly leading to an increase in cyclical unemployment. Lebanon has a debt-to-GDP ratio of about 156 percent, one of the highest in the world, and has endured years of weak economic growth since the start of the war in Syria in 2011.

MPs have just approved the 2018 state budget, Lebanon’s first budget since 2005, right before the scheduled CEDRE conference in Paris on April 6. The ruling class is putting a lot of hopes in this conference, hoping to carry out major projects that had been planned for the country’s development but no one will agree to finance them without austerity measures, which will make the poor even poorer in this country and might backfire on the ruling class.