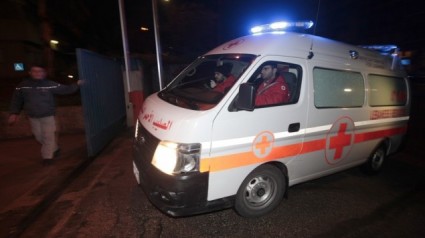 On May 13, Rita Jebrail Zoughaib, who was 8-months pregnant, died 36 hours after being submitted to Saydit Lebnen hospital in Jounieh due to severe nausea. Her Doctor, Moussa Abou Hamad, stressed on Thursday after being released from pre-trial detention that he didnâ€™t commit any medical error in dealing with his patient. [Naharnet]

I’ve been reading and watching reports about that incident and like everything else in Lebanon; it’s vague and unclear whether it was a medical error or a case of Amniotic Fluid Embolism.

According to the autopsy report, Rita suffered from Amniotic Fluid Embolism, which is a rare obstetric emergency, one of the most dangerous complications of pregnancy. According to the family, Rita was in pain for many weeks and the doctor was ignoring her and not answering her calls all the time.

The Doctors Syndicate in Lebanon protested against the pre-trial detention of Abou Hamad and stated that it wasnâ€™t a medical error as confirmed by the autopsy report. Assuming the autopsy report canâ€™t be manipulated, and that the doctor didnâ€™t commit any medical mistakes, why was he arrested and released on bail set at LL50 million??

Is it so hard to appoint an independent committee to investigate what truly happened based on medical reports and publish an official report on the matter?