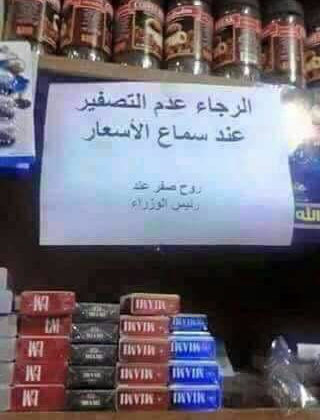 The newly approved VAT increase from 10% to 11% will have a negative impact on all Lebanese as it will lead to an increase in living expenses and a decrease in the purchase power. Some are suggesting that the 1% increase will eventually lead to a 5 to 7% increase in the prices of goods, which means that consumers will feel poorer. Consequently, businesses will start to struggle as well as consumers will start spending less, which could lead to an even bigger recession.

In addition to the VAT, several new tax hikes were approved on banks, real estate, companies listed on the Beirut Stock Exchange and others. Some may argue that tax hikes are needed to tackle the deficit in any country which is true, but the real problem in Lebanon is that the billions of dollars lost due to corruption are not being tackled yet and a hike in taxes means there’s more money to steal, not more money to fix things.

I was telling a friend the other day that 10 years ago, we also had corrupt ministers but at least they used to get the job done somehow. If they wanna spend $100M on a bridge that costs $20, we would get a bridge at least. Nowadays, we’re getting a bridge made out of garbage if anything.

We need a serious economic-reform plan before implementing any tax hikes and we need to tackle corruption before anything else in this country.