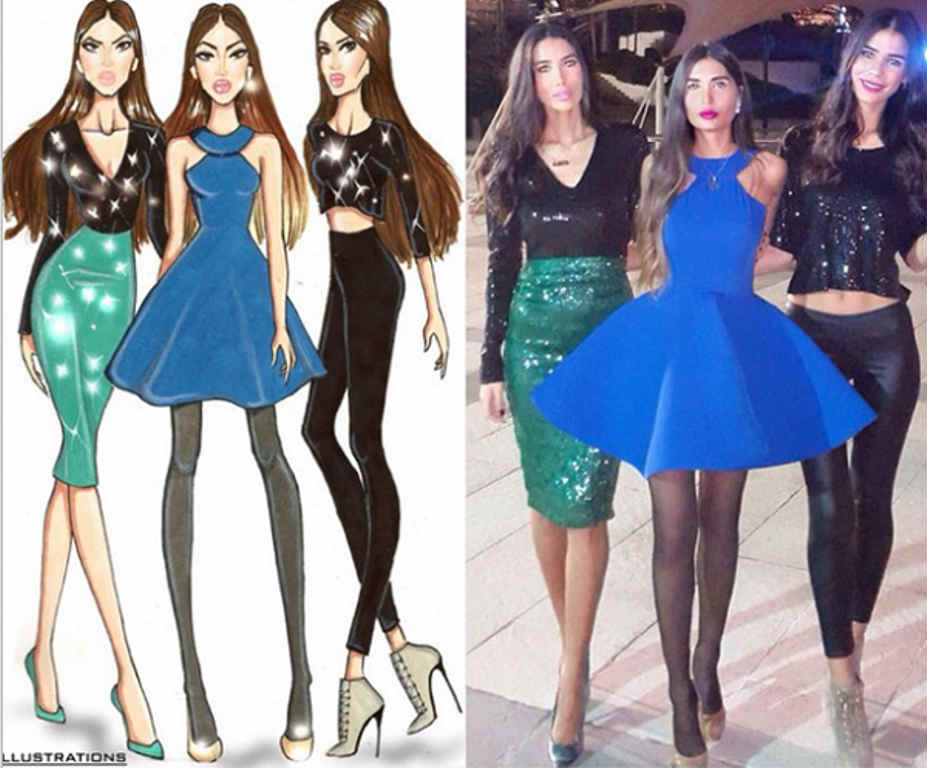 The sisters drawn by a designer – via Glamroz

It’s not everyday that you get interviewed by one of the most popular radios in the US (NPR) and I thank Alice Fordham for that opportunity, even though I wish it had been for something more interesting.

As you all know, there’s a new reality TV show called The Sisters being broadcasted on LBC SAT (Not to be confused with the local LBCI) starring three Lebanese sisters, Alice Nadine and Farah. I’ve heard before about the sisters because of their instagram account (not blog) but I don’t know them personally so I did an effort to watch the first episode but I couldn’t last more than 15 minutes.

The reasons why I didn’t like The Sisters as explained to NPR are as follows:

1- The show has fake written all over it and is very far from what reality TV is supposed to be. I’ve never liked the Kardashians but it does reflect how the family lives and real-life problems as silly as they may seem. The story lines are also empty and meaningless.

2- The show is culturally empty and portrays Lebanese woman in a negative light. Of course no one is expecting the sisters to be role models for our society but they could have at least made an effort not to look that silly and dependent. I honestly blame the producers here and whomever wrote that script.

All in all, I have nothing personal against the Lebanese Sisters and I don’t mind reality shows but I just think they could have done a much better job, specially that it’s the first show of its kind in Lebanon.

PS: I recommend you also read Nancy’s take on the Lebanese Sisters as she perfectly summed it up.